Top Upcoming Mobiles 2020: OnePlus, Samsung, Xiaomi, Realme and more: If 2019 was an exciting year for smartphones, 2020 promises to be slightly better. 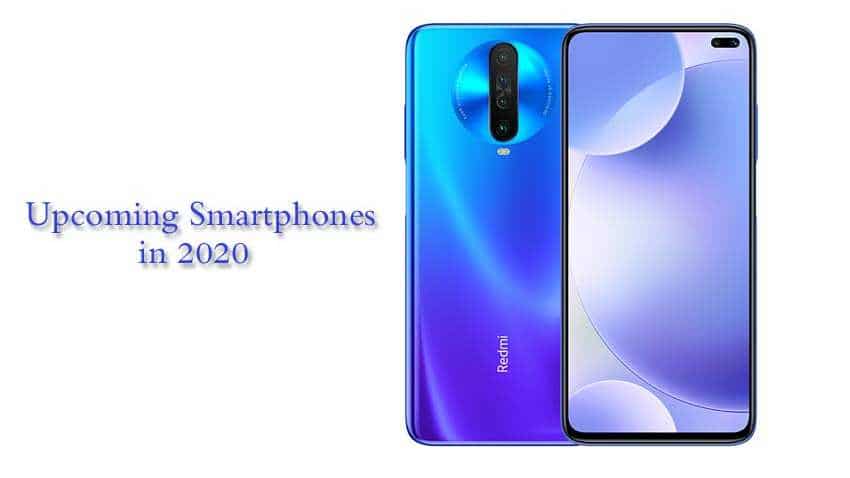 Here, we look at the top upcoming smartphones from different brands and what the future might bring. Source: Xiaomi China.
Written By: ZeeBiz WebTeam
Edited By: Manas Tiwari
RELATED NEWS

Top Upcoming Mobiles 2020: OnePlus, Samsung, Xiaomi, Realme and more: If 2019 was an exciting year for smartphones, 2020 promises to be slightly better. We have already ranked the best Android smartphones of 2019 where Samsung Note 10+ defeated Realme X2 Pro and OnePlus 7T, among others, to emerged as a clear winner. Here, we look at the top upcoming smartphones from different brands and what the future might bring. Notably, the foldable smartphones are once again expected to take the centre stage while 5G should be the new normal by the time we bid adieu to 2020. Here is the list of top upcoming phones that will launch in 2020.

OnePlus is expected to launch the OnePlus 8 series in the second quarter of 2020. If reports are to be believed, the smartphone maker can launch as many as three devices - OnePlus 8, OnePlus 8 Lite and OnePlus 8 Pro. The lite model is likely to come with 90Hz refresh rate while the other two phones could get 120Hz displays. The devices could feature a modern punch-hole display design and should use the Snapdragon 865 chipset.

It won't be a surprise if OnePlus also enters the 64-megapixel camera game with the OnePlus 8 series. Also, these could be the first phones by the company to feature quad rear camera setup.

Xiaomi is likely to start the year with the launch of Mi Note 10 - its 108MP camera smartphone. The launch has already been confirmed by Xiaomi India chief Manu Kumar Jain. However, he did not specify a date for the same. Apart from this, the Chinese smartphone maker could also unveil Redmi 9 smartphone in Q1 2020. The smartphone will first be launched in China and will be a budget offering by the company.

Zee Business Online has already confirmed that Samsung can unveil as many as three smartphones in India in January. While two of them are confirmed to be Samsung S10 Lite and Samsung Note 10 Lite, the third could be Samsung Galaxy A51. The South Korean electronic giant will then gear up for the big launch of Samsung S11 series that will have three models - Galaxy S11e, Galaxy S11, and Galaxy S11+.

The series could be launched in February and will make its way to India soon after. The Galaxy S11 could feature a 108-megapixel sensor with 5x optical zoom and 9-in-1 pixel binning.

If there is one smartphone maker that is unlikely to stay quiet, it is Realme. The company has been launching one smartphone almost every month and is expected to start 2020 with Realme X50 in January itself. It will be company’s first smartphone to support 5G connectivity. It can also launch Realme 5i and Realme C3 soon after.

Oppo is expected to launch Oppo Find X2 in Q1 2020. The smartphone is expected to come with Qualcomm Snapdragon 865 chipset and a larger sensor size for improved focus and better light sensitivity. The company will also improve the smartphone display, and it will likely have 90Hz or 120Hz refresh rate.