Days after OnePlus CEO Pete Lau confirmed that the company will introduce a McLaren Edition smartphone this year too, the smartphone maker has revealed that the new device under this partnership will be unveiled on October 10 in London. 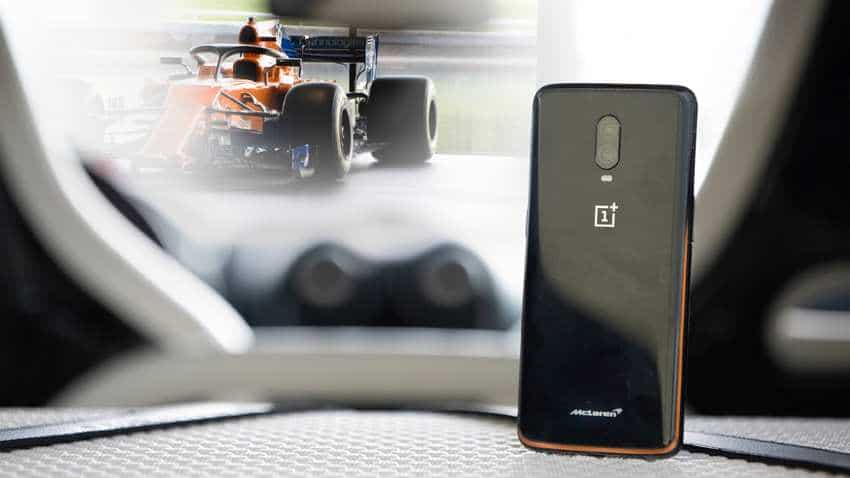 The company claims to have sold the McLaren Edition of the OnePlus 6T within minutes. Source - McLaren Twitter.
Written By: ZeeBiz WebTeam
Edited By: Harish Dugh
RELATED NEWS

"OnePlus and McLaren are both leading brands in their fields, and the partnership brings together the OnePlus philosophy to ‘Never Settle’ with the relentless pursuit of excellence and innovation seen across the McLaren group from supercars to racecars," it said, in a statement released on Wednesday afternoon.

The company claims to have sold the McLaren Edition of the OnePlus 6T within minutes. Pete Lau said that the success of that model inspired OnePlus to join hands with McLaren once again.

"We’ve long been inspired by the McLaren brand spirit as an established company that continues to innovate. The public reaction to the OnePlus 6T McLaren edition was incredible, users enjoyed seeing us working together to push boundaries, and we are thrilled to continue working together" he said.

The announcement comes days after OnePlus had launched the OnePlus 7T in India, bringing several features from the OnePlus 7 Pro at an affordable price. The OnePlus 7T Pro, however, is expected to be a more expensive device powered by the same Qualcomm Snapdragon 855 Plus processor. The McLaren Edition should come with the same chipset but will have a frosted glass rear panel. It will also come with triple rear cameras and a pop-up selfie camera.