OnePlus on Tuesday said it made a record sale of its newly-launched OnePlus 6 worth Rs 100 crore within first 10 minutes of its preview sale on Amazon India and its own online store-- oneplus .in 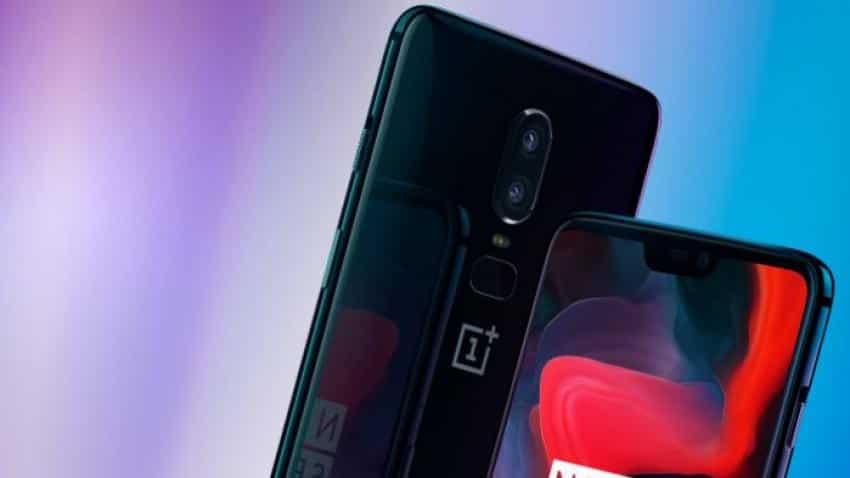 Smartphone maker OnePlus on Tuesday said it made a record sale of its newly-launched OnePlus 6 worth Rs 100 crore within first 10 minutes of its preview sale on Amazon India and its own online store--oneplus.in. Highlighting the enthusiasm of users in the country, Vikas Agarwal, General Manager, OnePlus India, told IANS, "We sold last year`s flagship--OnePlus 5T worth Rs 100 crore in an entire day of sale whereas this time we did the same in just 10 minutes."

The mirror black colour variant of OnePlus 6 saw a higher demand as compared to midnight black version of the device. "OnePlus 6 is our best-ever smartphone and we knew that it will do well. The mirror black variant of OnePlus 6 was more in demand during the first sale," Aggarwal added. In an attempt to let OnePlus enthusiasts and prospective buyers have the opportunity to be among the first ones to experience and purchase its newly-launched OnePlus 6, the smartphone maker on Monday launched a pop-up sale in eight cities across the country.

Unlike previous years, the company extended the pop-up sale to two days that let users get a hands-on experience of their latest flagship on a first-come-first-serve basis. The smartphone is priced starting at Rs 34,999 and is offered in three colour variants. OnePlus launched its flagship OnePlus 6 in India, a first in the OnePlus` line-up featuring an all-glass design last week.

The device will be available for open sales across all channels, starting May 22, in 6GB RAM+64GB storage and 8GB RAM+128GB options for Rs 34,999 and Rs 39,999, respectively. The smartphone features 6.28-inch Full Optic AMOLED display with 19:9 aspect ratio for immersive viewing experience.

"With the OnePlus 6, we challenged ourselves to deliver an external design as smooth and elegant as the work we`ve done inside the device," said OnePlus Founder and CEO Pete Lau. OnePlus 6 is powered by Qualcomm`s top-notch Snapdragon 845 chipset which improves performance by 30 per cent while being 10 per cent more power efficient.

OnePlus 6 has a dual-camera system with 16MP main camera, supported by a 20MP secondary camera. With a f/1.7 aperture, the 16MP main camera features a 19 per cent larger sensor and OIS. The device also marks the introduction of OnePlus` "Slow-Motion" mode, which can capture high-definition video frame-by-frame with astonishing detail, ensuring users never miss the action.

The "OnePlus 6 x Marvel Avengers Limited Edition" device will be available with 8GB RAM and 256 GB storage for Rs 44,999 and will go on sale, starting May 29.  The limited-edition silk white device with 128GB of storage will be available for purchase on June 5 for Rs 39,999.

Users can avail cashback of Rs 2,000 while using SBI debit and credit card during the first week of launch, the company said earlier.