While the company will launch the OnePlus 5 in China and other global markets, the India launch will happen two days later on June 22. 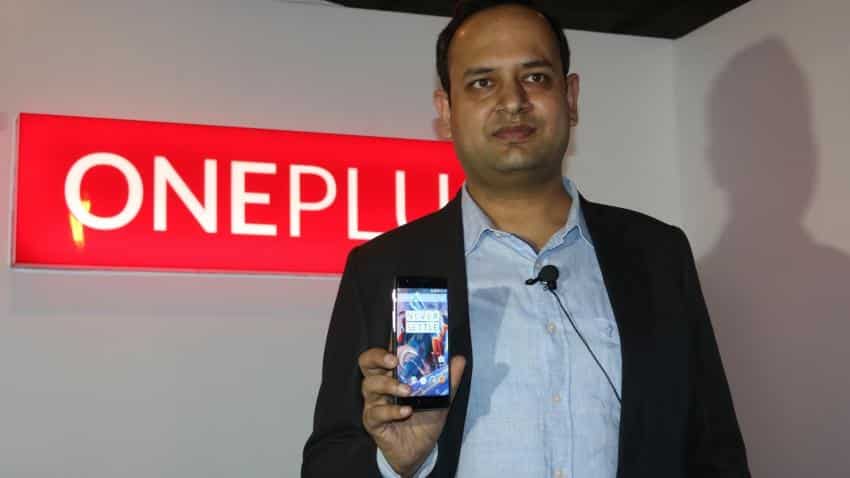 OnePlus India General Manager Vikash Agarwal at the launch of One Plus 3 smartphone in New Delhi on June 15, 2016. Photo: IANS
Written By: ZeeBiz WebTeam
RELATED NEWS

OnePlus has confirmed in a tweet that it is launching its flagship smartphone the OnePlus 5 on June 22 at 2 pm at NSCI Dome in Mumbai. The company had also announced that its launching in China two days earlier on June 20.

The company put out an image on Twitter with details of OnePlus 5 launch event and will be live streamed.

Are you prepared for the OnePlus 5? Focus on what matters and join our keynote live on June 22. https://t.co/i91k8PZgn6 pic.twitter.com/xjq0uKNZpl

It is also giving people a chance to win the OnePlus 5 by subscribing for an SMS alert for the live streaming launch. It said that 5 winners' names will be announced via Facebook on June 30.

The highlight of the OnePlus 5 is the dual rear camera setup that will be a massive 23 megapixels.

In terms of the specifications some leaks suggest that the OnePlus 5 will have a patterned back, a vertical dual camera setup, a metal rim and a home button in the front.

The company has however confirmed that the OnePlus 5 will be powered by Qualcomm's latest 2.35 GHz octa-core Snapdragon 835 processor.

Besides this, the OnePlus 5 is expected to sport a 5.5 inch QHD display.

In terms of the internal storage it is expected to have a 64GB in-built storage which is expandable up to 128GB via microSD card. It will also have a massive 8GB RAM.

It is expected to come with a battery capacity of 4000mAh.

The OnePlus 5 will run on the latest Android 7.1 Nougat operating system.

However, the OnePlus 3T (both 64GB and 128GB variants) will continue to be available for purchase in the Indian market until later this year.