The OnePlus 5 is expected to be the thinnest flagship smartphone currently. In terms of of specifications it will be the best. 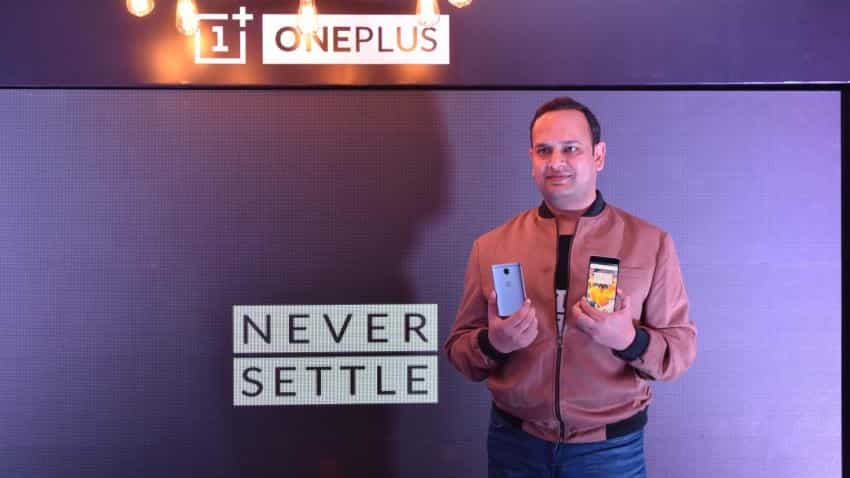 OnePlus official during the launch of the OnePlus 3T in India. Photo: IANS
Written By: ZeeBiz WebTeam
RELATED NEWS

OnePlus seems all set to launch the next flagship smartphone the OnePlus 5. The company has been rolling out teasers regularly to build it up before the launch. Some new teasers of the smartphone also point out the OnePlus 5 design strategy and the launch date of June 15.

In terms of the specifications some leaks suggest that the OnePlus 5 will have a patterned back, a vertical dual camera setup, a metal rim and a home button in the front.

The company has however confirmed that the OnePlus 5 will be powered by Qualcomm's latest 2.35 GHz octa-core Snapdragon 835 processor.

Besides this, the OnePlus 5 is expected to sport a 5.5 inch QHD display.

In terms of the internal storage it is expected to have a 64GB in-built storage which is expandable up to 128GB via microSD card. It will also have a massive 8GB RAM.

In terms of the camera, it will have a 23 megapixel rear camera and come with a battery capacity of 4000mAh.

The OnePlus 5 will run on the latest Android 7.1 Nougat operating system.

However, the OnePlus 3T (both 64GB and 128GB variants) will continue to be available for purchase in the Indian market until later this year.