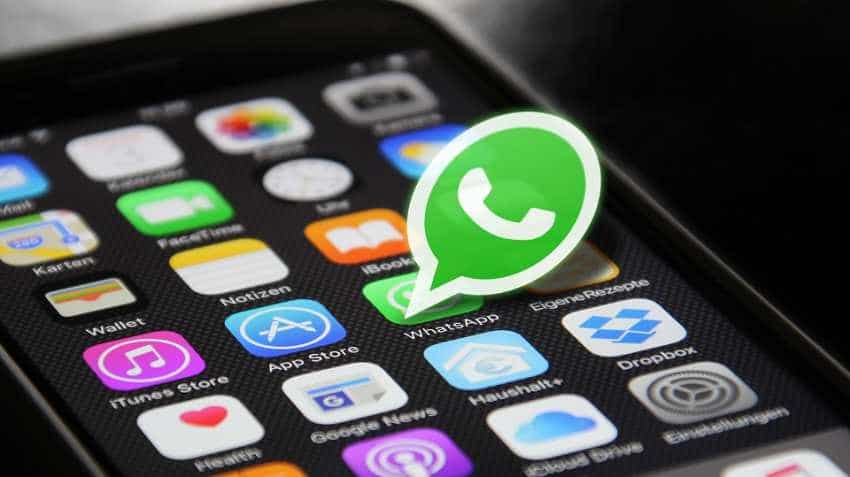 WhatsApp shared several tips to find out whether the information given in the messages that users get is true or not. Image source: Pixabay
Written By: ZeeBiz WebTeam
RELATED NEWS

Facebook-owned messaging app WhatsApp has declared war against fake news. The social media platform has published a full-page advertisement in Indian newspapers with tips to fight fake news. This advertisement comes just a week after the messaging app said that the government, civil society, and technology companies need to work together to fight fake news, provocative content, misinformation, and hoax messages that have a very negative impact on society and lead to violence. While WhatsApp has taken this massive step, many analysts have cast doubt on the social media app's ability or intent to really combat this menace.

In the advertisement, WhatsApp shared several tips to find out whether the information given in the messages that users get is true or not. Among the 10 tips, the first one says that the readers have to understand whether the message comes under 'forwarded' category. The app also said to look for the source of the information, leave groups that are not so relevant and to question information that has an impact on the user.

On July 2, the Ministry of Electronics and Information Technology had written to WhatsApp asking it to take immediate steps to prevent the circulation of false information and provocative content, saying it "cannot evade accountability and responsibility".

To its response, WhatsApp said that it has the ability to prevent spam. However, as it doesn't have an access to the private messages, blocking can be done only based on user reports.

IT Minister Ravi Shankar Prasad has made demands for greater accountability from social media platforms, saying finding technological fixes to identify mass-circulation of messages on a particular issue, in a particular area cannot be "rocket science".

With India being its biggest market with over 200 million users, Facebook Inc-owned messenger service asserted that it responds to "valid" law enforcement requests in investigating crimes.

WhatsApp is taking several steps to curb the spread of fake news and is all set to roll out a feature to identify forwarded messages. The users will be able to distinguish between forwards and typed messages with this new app.