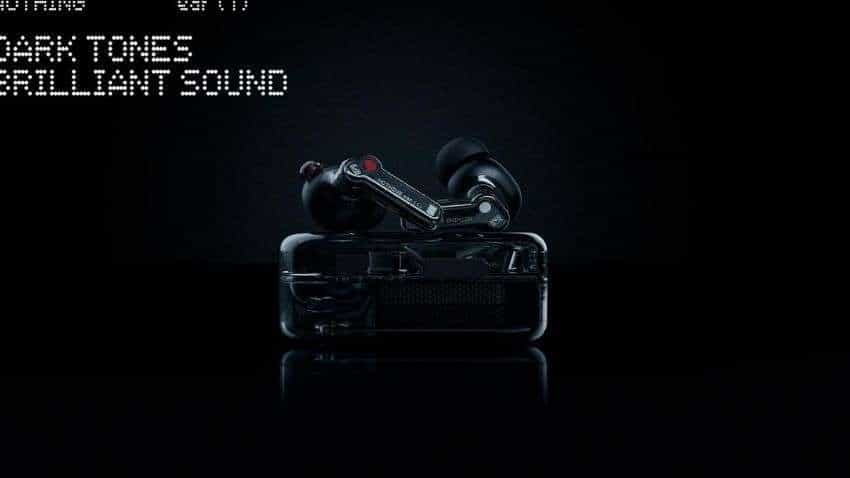 The 1.78kg carbon footprint of the ear (1) will be revealed on a new packaging label.

The London-based consumer tech brand Nothing has announced a new black edition of its TWS earbuds -- ear (1).  With up to 34-hour playtime and with the case, a powerful 11.6mm driver, and leading specs including Active Noise Cancellation, the Rs 6,999 Nothing ear (1) black limited edition has the same full feature.

Additionally, the company is now carbon neutral, a company release claimed. Nothing worked with internationally recognized third parties, like Geneva-headquartered SGS, to independently assess and neutralize the carbon footprint of the first product in its ecosystem, the release said.

The 1.78kg carbon footprint of the ear (1) will be revealed on a new packaging label, which the company hopes will empower users to make better-informed purchases.

”With ear (1) we’ve proven that new ideas, from design to distribution, can resonate with users and bring back the sense of excitement that’s been lacking in our industry. We hope this black edition raises a few more eyebrows in the months to come and that more tech brands add carbon transparency labelling to their products," said Carl Pei, CEO and Co-founder of Nothing.

Open sales of ear (1) black edition will start at 12 noon IST on 13 December on Flipkart. Nothing recently celebrated its one year anniversary. The company’s first product, the ear (1), cut through the clutter to become one of the most anticipated product launches of the year, shipping over 220,000 units to date.