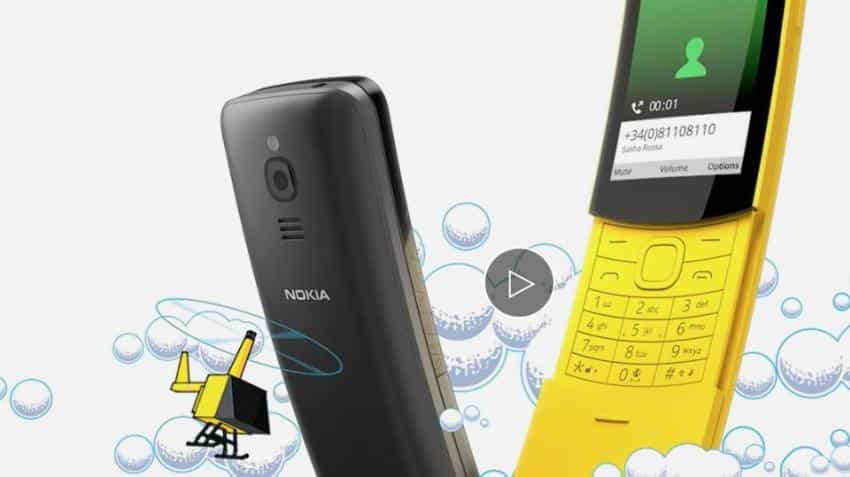 Nokia C20 Plus budget phone LAUNCHED in INDIA at Rs 8,999; 2-Day BATTERY LIFE - Here's all you need to KNOW

Nokia is back after a lull and this time it is back with a slider phone. Nokia 8110 4G, which was launched at MWC 2018, is on sale now. The phone is a successor to Nokia 8110. The handset is called Banana phone for its yellow color and slider. The handset is available at Lazada retail stores in Singapore. The handset is priced at SGD 98 (approximately Rs 4,900).  Amazon is taking pre-orders for Nokia 8110 4G reportedly in some European markets. It is expected to go on sale from July 4 in these markets.

Nokia 8110 4G  is priced at GBP 78.56 (approximately Rs 7,000) on Amazon UK. Pre-orders are also reportedly being taken at EUR 90 in markets like Italy, Germany France and Spain.  The return of the icon. Much like the original, the new Nokia 8110 4G has a curved protective cover you can slide open to pick up calls and slide back to end them. The unique shape also means you can spin the phone in ways you never imagined.

The phone comes in yellow color and also in black. It has a 2.4-inch QVGA display. Nokia 8110 4G  has OS powered by KaiOS, Qualcomm® 205 mobile platform (MSM8905) and comes with 512 MB RAM and has 4GB of internal memory. Battery of the phone is removable 1500 mAh. The handset also has connector 3.5 mm headphone jack and playable audio file formats AAC, AMR, MP3, MIDI, Vorbis. Basic entertainment feature FM Radio is also available in the phone. It can also access to apps like Google Assistant, Google Search, and Google Maps.

However, there is no update yet on when the phone will be available in India and its price. Nokia claims that that the phone has been a 'big hit' for the company.  You can surf, chat and stream faster with 4G LTE plus the wireless Hotspot feature lets you create your own Wi-Fi connection wherever you are.

Nokia C20 Plus budget phone LAUNCHED in INDIA at Rs 8,999; 2-Day BATTERY LIFE - Here's all you need to KNOW