Nokia 8.1 launched! You can get a great photo experience, check price in India, other details 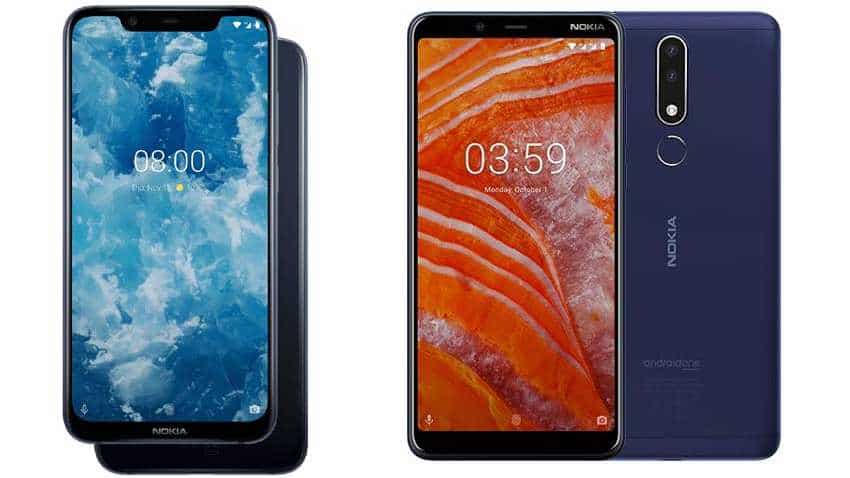 The Nokia 8.1 is the first Nokia smartphone to launch with Android 9 Pie out of the box.
Written By: ZeeBiz WebTeam
RELATED NEWS

HMD Global, the manufacturer of Nokia phones, has announced the launch of Nokia 8.1, the newest addition to its flagship range. The smartphone runs the latest Android 9 Pie, Snapdragon 710 chipset processor and a larger 6.18 full HD+ display.

The smartphone has a dual rear camera - 13MP+12MP and a 20MP adaptive front camera to let you capture selfies even during the night-time, said the company.  "You can also shoot movies like a pro with 4K video and relive your memories as if you were still there with high fidelity Nokia spatial audio stereo surround sound recording," it said.

The Nokia 8.1 is the second Nokia smartphone to come with PureDisplay screen technology and feature HDR 10. The smartphone is powered by 3,500mAh battery and has twice the AI power, thanks to a multi-core AI Engine which combines a brand-new architecture for efficient performance, the company has informed.

As far as design is concerned, the phone has 'unique two-tone design'.

"Exploiting the elegant contrast between the curved glass, polished metal and the sand-blasted finish, the Nokia 8.1’s unique two-tone design is augmented with a dual anodising process. Diamond cut edges deliver a bold statement with the durability," sadi the company.

The Nokia 8.1 is the first Nokia smartphone to launch with Android 9 Pie out of the box. The Android 9 Pie includes AI-powered features that make the device smarter and faster while also adapting to your behavior as you use it. The Adaptive Battery feature limits battery usage from apps you don’t use often, and App Actions predicts what you’re about to do so you can get to your next action quickly.

The Nokia 8.1 will receive three years of monthly security patches and two major OS updates, as guaranteed in the Android One programme.

The Nokia 8.1 will be available in three colour combinations, Blue/Silver, Steel/Copper, Iron/Steel, starting mid-December and will retail for an average global retail price of 399 €, exclusive of taxes and subsidies. The phone will be priced in India around Rs 32,000.