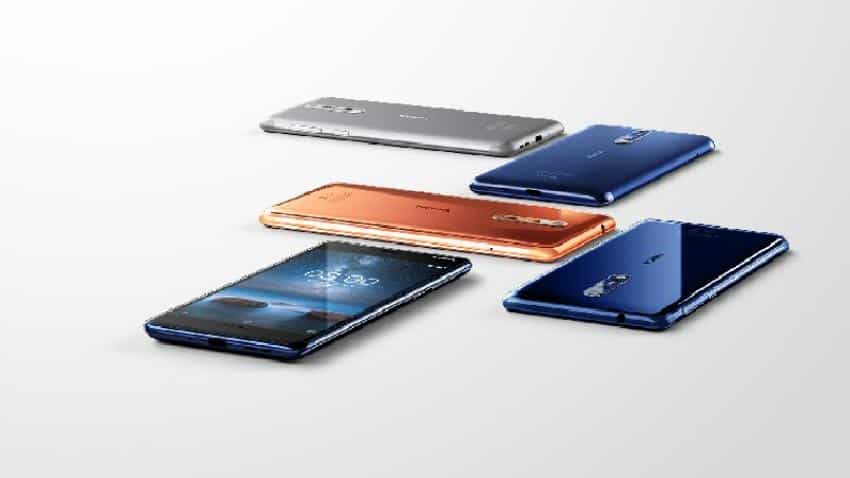 As expected, HMD Global has today taken the wraps off its first Nokia-branded flagship device – Nokia 8. Unlike the Nokia Android smartphones already launched, this new device comes with premium design, top-of-the-line specs, and will compete in the high-end market segment.

In terms of design, the Nokia 8 shares a lot of similarities with the Nokia 5. It features an unibody design built using a single block of aluminum. The device is quite slim with an average thickness of 7.3mm, and 4.6mm at the edges. Despite the slim profile, HMD Global is ensuring there is no overheating, when the smartphone is being pushed to its limits. Underneath is a graphite shielded copper cooling pipe that dissipates heat across the length and breadth of the handset.

The highlight of the Nokia 8 is no doubt the dual-camera setup at the back. Back in July, HMD Global announced its partnership with Carl ZEISS, and the Nokia 8 is the smartphone to boast the camera technology. The camera setup includes a pair of 13-megapixel sensors – one clicking photos in RGB, and the other in monochrome. A similar setup is seen on smartphones like the Honor 8 Pro, and Huawei P9 to name a few. The primary sensor comes with Optical Image Stabilization (OIS) and PDAF support, f/2.0 aperture, and IR range finder. Up front, there is a 13-megapixel snapper with PDAF support, f/2.0 aperture, and display flash.

For now, HMD Global has only launched one variant of the Nokia 8 that is priced at €599. When converted into Indian currency, it translates to approximately Rs 45,000. The smartphone will be available globally starting early September. Buyers will be able to choose from four color options – Polished Blue, Polished Copper, Tempered Blue, and Steel.

As far as specifications are concerned, the Nokia 8 flaunts a 5.3-inch IPS 2K resolution display with an insane 700nits of brightness. Protecting the display is Corning’s Gorilla Glass 5. Under the hood is Qualcomm’s latest Snapdragon 835 SOC paired with 4GB of RAM. There is also 64GB of storage on offer, which can be expanded up to 256GB using a microSD card.

As is the talking point on Nokia smartphones, the Nokia 8 too runs on stock Android OS. The smartphone runs on Android 7.1.1 Nougat out-of-the-box, but the company promises that Android O update will be rolled out as soon as Google releases it.

This story first appeared on BGR.in and can be accessed here.