Nokia 7 Plus: Features in detail; see what makes this smartphone special

Nokia 7 Plus will be sold exclusively on Amazon India starting April 30. Preorders for the smartphone can be booked from April 20. To the relief of interested buyers, no flash sales will be conducted for the Nokia 7 Plus. 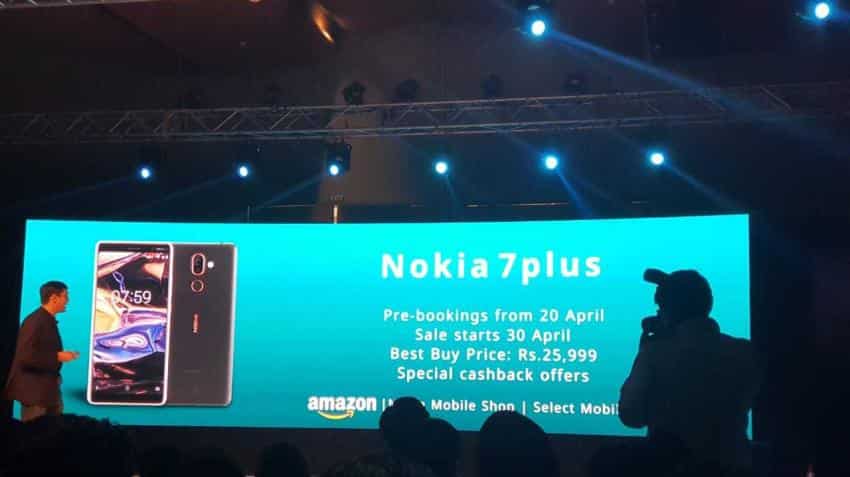 Nokia 7 Plus was launched today. HMD Global, the Finnish startup licensed to sell Nokia-branded mobile phones, on Wednesday launched the much-awaited Nokia 7 Plus in India at a price of Rs 25,999. The smartphone will be sold exclusively on Amazon India starting April 30. Preorders for the smartphone can be booked from April 20. To the relief of interested buyers, no flash sales will be conducted for the Nokia 7 Plus. HMD Global also launched a slew of other smartphones too at the Mobile World Congress 2018. These include the first-ever Android Go device, the Nokia 1 and a classic phone, the Nokia 8810 Banana Phone. However, Nokia 7 Plus, indeed, stole the show.

Here are the detailed features of Nokia 7 Plus:

2) Nokia 7 Plus is fuelled by an octa-core Qualcomm Snapdragon 660 SoC coupled with 4GB RAM and 64GB expandable storage.

4) Both the lens use Carl Zeiss optics with the secondary camera doubling as telephoto lens with 2x optical zoom. The Nokia Pro mode is enabled to give users more control while taking photos.

6) Sensors on board include an accelerometer, ambient light sensor, digital compass, gyroscope, proximity sensor, and a rear-facing fingerprint sensor.

7) The distinct feature in Nokia 7 Plus is a single speaker with a smart amplifier and Nokia spatial audio with 3 mics.

8) The smartphone has an aluminium uni-body, and will be available in two colours: Black/ Copper and White/ Copper.

You can now pre-book Nokia 7 Plus and Nokia 8 Sirocco in India; cashback, discounts available

Nokia 7 plus first impressions: Split the screen with a gentle tap

Nokia 7 Plus launched in India priced at Rs 25,999; check specs and features here