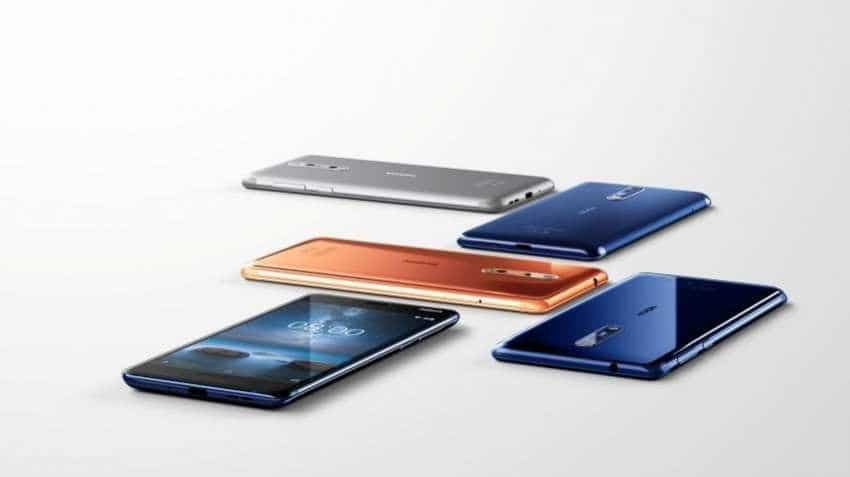 According to Digit report, Nokia 5.1 priced at Rs 14,499 in India, will be available starting August 12 in Copper, Tempered Blue, and Black colours. Interested buyers can purchase the new device from mobile retailers offline, or online through Paytm Mall and from Nokia's online store. The specifications of all the new smartphones are given below.

Nokia 5.1 come with features like a 5.5-inch Full HD+ 18:9 display with a 1080 x 2160p resolution, and display of the phone is protected by Corning Gorilla Glass 3. Powered by an octa-core MediaTek MT6755S SoC, the new phone is paired with 3GB RAM and 32GB storage. The phone’s frame is reportedly milled from a single block of 6000-series anodized aluminium and it also boasts of a rear-mounted fingerprint scanner to accommodate the taller display.

According to Digit, the Nokia 5.1 is equipped with a 16MP single rear camera, which supports Phase detection AF and is supplemented with a dual-tone flash. There is an 8MP wide-angle camera for selfies on the front.

The new smartphone is equipped with basic 1GB RAM, 8GB internal storage (expandable to 128GB), and also boasts of a two-day battery life. With 4000mAh battery, it also features an 8MP rear camera with autofocus, and a 5MP front-facing sensor. The handset will reportedly be available from August 12 at Rs 6,999 in lue/Copper, Blue/Silver and Grey/Silver colour variant. It can be purchased from mobile retailers offline, or online through Paytm Mall and Nokia's online store.

Nokia 3.1 has been launched in India last month, but the company has introduced its 3GB RAM variant, featuring a dual anodised diamond cut design. Sporting a 5.2-inch HD+ IPS display and with an 18:9 aspect ratio, the Nokia 3.1 reportedly utilises a MediaTek 6750 Octa-core chipset, where four cores are clocked at 1.5GHz and the rest of the cores are set at lower speeds for saving power. The display also gets Corning Gorilla Glass protection.

The Nokia 3.1 comes with a 13MP rear camera with f/2.0 aperture and LED flash. Upfront is reportedly an 8MP wide-angle camera, and the device is backed by a 2990mAh battery, but misses fingerprint scanner. The 3GB RAM version of Nokia 3.1 will be available for Rs 11,999 and will go on sale starting August 12.

All the three phones will come with a 10 percent cashback offer available through Paytm recharges and bill payments by scanning the Paytm Mall QR code at retail stores. Buyers with ICICI Bank debit/credit cards can avail 5 percent cashback on the Nokia 5.1 and Nokia 3.1.

Nokia is likely to announce the Nokia 6.1 Plus in India at an event scheduled for August 21, the report added.