Samsung India is targeting business worth Rs 3,000 crore by selling over 2 million smartphones online before diyas are lit pan-India on October 27. Chinese smartphone maker OnePlus on Tuesday announced it has clocked Rs 500 crore in revenue in just two days of the Amazon Great Indian Festival sale. 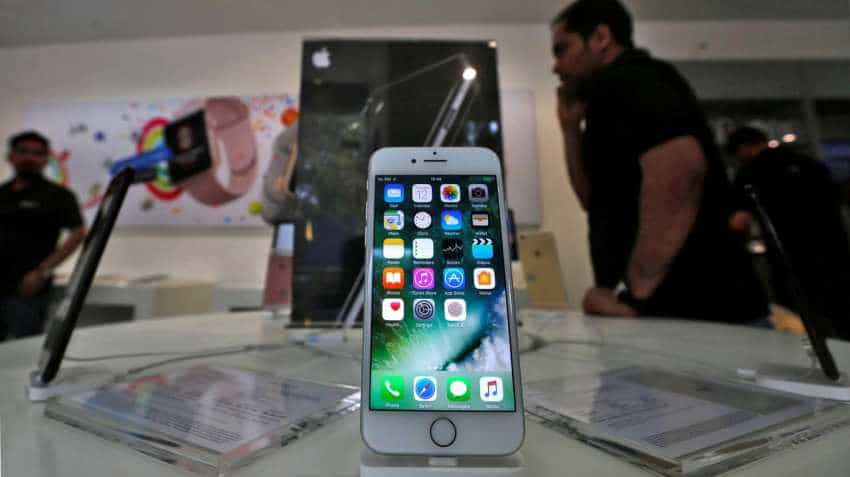 A total of 69.3 million mobile phones were shipped to India in Q2 of 2019, which was up 7.6 per cent over the previous quarter. Image source: Reuters
Written By: IANS

If you have seen long queues outside Apple Authorised Reseller stores waiting for hours to grab new iPhones, the picture is clear: smartphone industry in India is not impacted by economic slowdown and is, in fact, moving towards a record festive quarter this year. Apple is in for a bumper festive season sales and the iPhone 11 series ? starting from Rs 58,900 -- has registered very strong demand from the consumers in the country. The iPhone 11 demand is so high that the premium devices went out of stock on both Amazon.in as well as Flipkart within three days of the opening of pre-bookings on September 20.

Samsung India is targeting business worth Rs 3,000 crore by selling over 2 million smartphones online before diyas are lit pan-India on October 27. Chinese smartphone maker OnePlus on Tuesday announced it has clocked Rs 500 crore in revenue in just two days of the Amazon Great Indian Festival sale. OnePlus has seen over 100 per cent growth as compared to the previous year. The India smartphone market saw highest ever second quarter shipment of 36.9 million in the second quarter of 2019, with a 9.9 per cent year-on-year and 14.8 per cent quarter-on-quarter growth, according to the International Data Corporation (IDC).

A total of 69.3 million mobile phones were shipped to India in Q2 of 2019, which was up 7.6 per cent over the previous quarter. Xiaomi, Samsung, Vivo, OPPO and Realme were the top five brands. With economic slowdown beginning to adversely affect several industries in the country, Xiaomi India says smartphone sales would remain insulated from the impact as the festive season inches closer.

"We keep hearing regarding the economic slowdown at the macro level. We have seen smartphone market growing at over 8-9 per cent in the first half of the year and based on these figures, we expect same growth, even more, in the upcoming festive season," Raghu Reddy, Head of Categories and Online Sales, Xiaomi India, told IANS.

"People cannot live without smartphones. If an existing phone stops working, one would buy a new one. We believe it would be the last sector to get impacted,`` Reddy added.

The online smartphone market grew 26 per cent year-on-year during the second quarter of 2019. Xiaomi alone captured around 46 per cent of the online market in Q2 of 2019, according to the latest research from Counterpoint`s Market Monitor service. Redmi Note 7 Pro series, Redmi 6A, Redmi Note 6 Pro and Redmi Go contributed more than two-thirds of Xiaomi`s total online sales. New launches and multiple sale events also drove the growth during the quarter.

"Brands and even channels are now diversifying their channel/platform strategy to increase their reach in India. For example, Amazon recently infused $404 million in its India business and is also investing heavily in Future Retail Group to strengthen its offline footprint in the Indian market," said Tarun Pathak, Associate Director at Counterpoint Research.

Even the Rs 1.65 lakh Samsung "Galaxy Fold" is expecting a good response in the Indian market. This shows that people are willing to spend more to own high-end smartphones.