New Xiaomi Mi phone set to hit Indian market; all you want to know in brief

However, it needs to be noted that, the price of upcoming Xiaomi Mi A2 has not been revealed in the teaser. 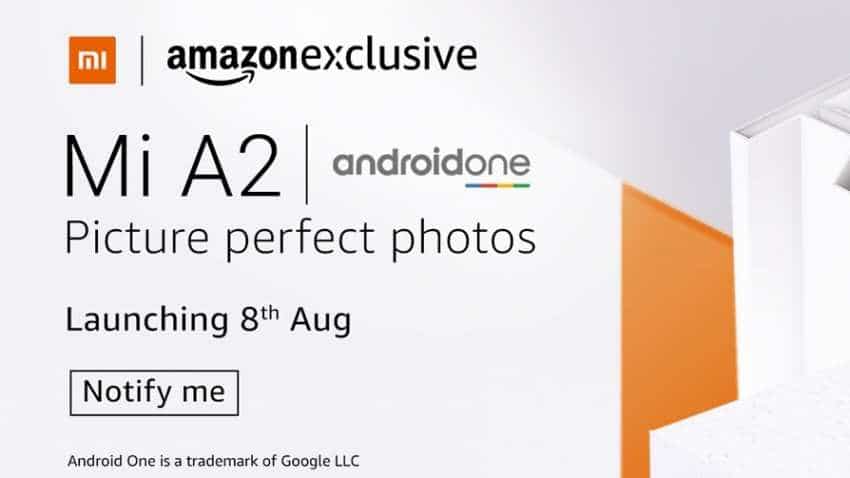 A new teaser has been unveiled by e-commerce giant Amazon, and this one belongs to the upcoming launch of the Chinese-smartphone maker Xiaomi. The teaser reveals that Xiaomi will be expanding its Mi brand by launching a new Mi A2 smartphone in India on August 08. The online shopping service provider has also launched a registration page with a ‘Notify Me’ option for customers who interested in availing this latest model of Xiaomi. In India, Xiaomi’s two flagship brand Redmi and Mi have turned out to be among most preferred on the back of good quality, low-budget and competitive features.

However, it needs to be noted that, the price of upcoming Xiaomi Mi A2 has not been revealed in the teaser.

According to NDTV Gadget 360 report, this is an upgrade to Shomei's first Android One smartphone Xiaomi Mi A1 . In reality, it is the Android One incarnation of the Xiaomi Mi 6X smartphone launched in China. This phone may well be equipped with the stock version of Android 8.1 ORIO.

Reportedly, the Mi A2 is seen to be packed with Dual-SIM Shaomi Me A2 along with  a 5.99 inch display having 18: 9 aspect ratios which also has  2.5 d Curved Gorilla Glass Protection.

Running on Android 8.1 Orio the phone is powered by he Octa-Core Snapdragon 660 processor.

Also it is expected to be launched in  6 GB RAM having 128GB internal storage. As for camera, the phone is seen to have a 20-megapixel selfie camera equipped with AI and primary sensor of 12 megapixels and the secondary sensor of 20 megapixels.

Battery life of this phone is pedestrian at 3010 mAh. That is, unless it has extreme power saving capabilities.

Xiaomi may launch Mi A3? Codename hints at Mi A2 successor

Shocking Sale! Xiaomi Mi A2 priced at Re 1 in Diwali With Mi Sale today

Want to buy a Xiaomi Mi A2? Here's when the sale begins; RJio cashback offer available