Google will be unveiling its new smartphones on October 4. Here's what we know. 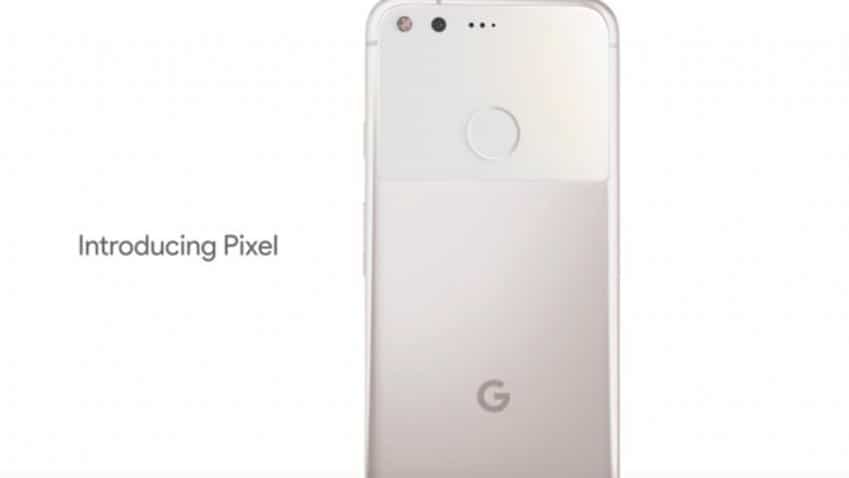 The teasers for the Pixel 2 and Pixel 2 XL read, “Ask more of your phone.” Photo of the Google Pixel. Image Source: Company official website
Written By: ZeeBiz WebTeam
RELATED NEWS

Google will unveil its new smartphones the Pixel 2 and Pixel 2 XL on October 4 however these phones may arrive in India earlier than expected.

Teasers of the new phone have been put up in cities all over the world including New Delhi, a report by India Today said on Monday.

Speculated release date of the phones in India could be before Diwali.

Google has not mentioned the name of its new smartphones however reports have come in that they will probably be successors to its previous phones. The teasers for the Pixel 2 and Pixel 2 XL read, “Ask more of your phone.”

Google that will be releasing its smartphones just after Apple’s iPhone X, 8 and 8 Plus is expected to have a starting price of Rs 55,000.

The unveiling event will be held in San Francisco on October 4 and may also include the unveiling of its PixelBook.

Pixel 2 XL will be an LG make and may have an edge-to-edge display with 18:9 aspect ratio. Its processor is speculated to be Qualcomm Snapdragon 835 complete with a 12-megapixel camera.

The Pixel 2 on the other hand is expected to have a waterproof body along with a single camera system. Its hardware is speculated to be similar to the Pixel 2 XL.

The teasers of the new smartphone were released last month which included an advertisement on its browser and a video entitled ‘Funny you should ask.’

The video is filled with questions typed into the search engine like, “What’s wrong with my phone’s battery?” “Why is my phone always out of storage?” “Why does my phone take so many blurry photos?” “Why doesn’t my phone understand me?”