Nokia has brought back its super successful feature phone – Nokia 5310 – albeit in a new avatar. The Finnish handset maker has launched nostalgia filled Nokia 5310 in the Indian market. 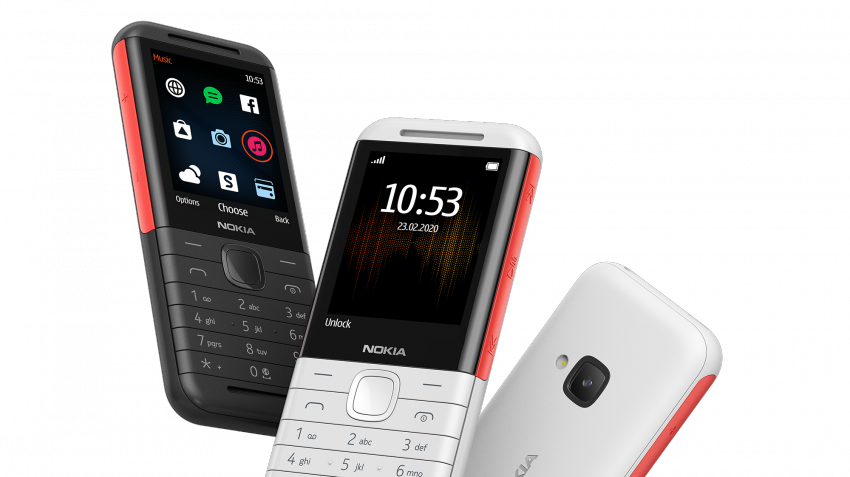 Nokia 5310 was announced globally in March 2020 and is now making its way to the India.
Written By: ZeeBiz WebTeam
Edited By: Manas Tiwari
RELATED NEWS

Nokia has brought back its super successful feature phone – Nokia 5310 – albeit in a new avatar. The Finnish handset maker has launched nostalgia filled Nokia 5310 in the Indian market. Reimagining the original Nokia 5310 Xpress Music, the new feature phone comes with MP3 player, FM radio (which can be played wired or wireless) and a classic design. Nokia 5310 was announced globally in March 2020 and is now making its way to the India.

Nokia 5310 price in India and availability

“Our initiative to revitalise the Originals family has been a great success with our fans. We have received an overwhelmingly positive reaction to our entire Originals family. We’re very excited to be able to keep the trend going with the Nokia 5310, our latest Originals family member. Feature phones play an important role in the mobile market, with four hundred million consumers around the world still buying a 2G phone for their mobility needs. They seek an option that offers them reliability and durability combined with ease of use. The Nokia 5310 offers all of these with an extra dose of design,” Juho Sarvikas, Chief Product Officer, HMD Global, said.

The new Nokia 5310 looks slightly different from the 2007 version. It features the music key buttons but has slightly thicker build with colour combinations of white plus red, and black plus red. The new Nokia 5310 comes with dual front-facing speakers. There’s a built-in MP3 player along with FM radio. It also supports expandable storage up to 32GB and a 3.5mm headphone jack.

Running on Series 30+ OS, the device has 2.4-inch QVGA screen, 8MB RAM and is powered by MT6260A CPU. The phone weighs 88.2 grams. There’s a VGA camera at the back. The phone packs a 1200mAh battery that is claimed to deliver a talk time of up to 20 hours on a single charge.