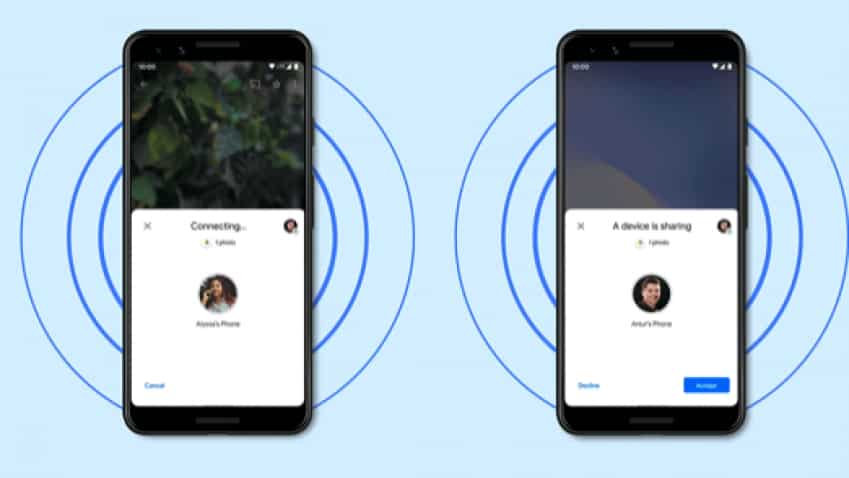 Alert! Google to ban these apps from Play Store from Oct 1

Google has launched a new file sharing platform for Android smartphones, called Nearby Share. The new feature is Google’s answer to Apple’s AirDrop file sharing platform and comes at a time when questions have been raised around security over already existing platforms. It allows any two Android phones, running Android 6.0 or above, to quickly share files between each other.

Initially, the feature will be available on select smartphones. For now, only select Google Pixel and Samsung phones are said to be compatible, although Google doesn't specify any.

However, it added that smartphones should receive support for Nearby Share in the coming weeks. The feature will also be compatible with Chromebooks, in the coming months.

The feature works in a manner similar to AirDrop on Apple devices, where you select the file you want to share, choose ‘Nearby Share' and wait for compatible phones near you, to show up in your screen. You then simply need to tap on the name of device, you want to share the files with. The receiver will still have the option to accept or decline the file, so that files are not received by accident.

Google says that the Nearby Share feature will automatically choose the best protocol for sending the files that could be Bluetooth, Bluetooth Low Energy, WebRTC, or peer-to-peer Wi-Fi. This will allow you to send files even when you're offline.

The users will also have an option to customise their phone’s visibility to other devices around them. They will have the option to choose from 'Hidden,' 'Some contacts,' or 'All contacts.' Google also mentions in its blog post that you'll be able send and receive files anonymously too, meaning you won't have to add someone to your contacts for a one-time transfer.

Notably, you won't be able to share files to iPhone models, macOS devices, or Windows devices.

Alert! Google to ban these apps from Play Store from Oct 1