MWC 2020: The Mobile World Congress will go ahead despite few brands pulling out of the event, said the organiser GSMA on Wednesday evening. Its reaction came after LG Electronics withdrew due to the coronavirus outbreak while ZTE cancelled its press-conference too. 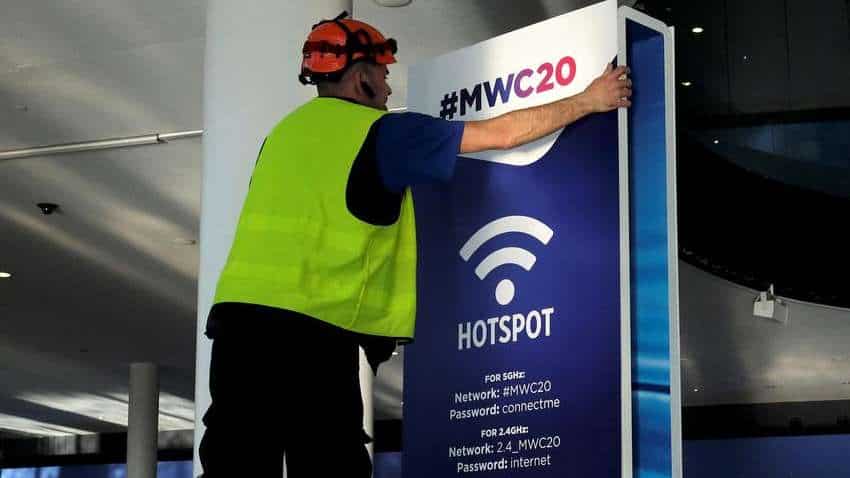 GSMA said that it is monitoring and assessing the potential impact of the coronavirus on MWC20. Source - Reuters.
Written By: ZeeBiz WebTeam
Edited By: Harish Dugh
RELATED NEWS

MWC 2020: The Mobile World Congress will go ahead despite few brands pulling out of the event, said the organiser GSMA on Wednesday evening. Its reaction came after LG Electronics withdrew due to the coronavirus outbreak while ZTE cancelled its press-conference too. The congress on mobile communications, which attracts more than 100,000 visitors to Barcelona, has come under scrutiny since the World Health Organization declared the coronavirus epidemic a public health emergency of international concern.

"We have spoken to LG and regret not to see them at this year`s MWC20 Barcelona," a GSMA spokesperson said in response to a Reuters inquiry following the announcement by the South Korean electronics giant. The event is scheduled to take place between February 24 and February 27, 2020.

How GSMA plans to deal with coronavirus?

In a statement, GSMA said that it is monitoring and assessing the potential impact of the coronavirus on MWC20. "The GSMA confirms that there is minimal impact on the event thus far. MWC Barcelona 24-27 February 2020, will proceed as planned, across all venues at Fira Gran Via Fira Montjuïc and La Farga L`Hospitalet, including YoMo and Four Years From Now (4YFN)," it said.

Who have pulled out?

The newly identified virus, which first appeared in Wuhan late last year, has killed nearly 500 people in China, as well as one person in Hong Kong and one in the Philippines. As a result, LG became the first brand to pull out of the event.

"LG Electronics is closely monitoring the situation related to the novel coronavirus outbreak, which was recently declared a global emergency by the World Health Organisation as the virus continues to spread outside China," the company said in a statement.

China's ZTE Corp said that only its press conference would not take place and reiterated its commitment to “demonstrating its outstanding achievements in 5G innovations and end-to-end 5G solutions” at the event.

There are reports suggesting that South Korean companies, including automaker Kia Motors Corp. are looking at the possibility of withdrawing from MWC 2020.

Who all are still taking part?

Samsung Electronics Co, SK Telecom Co and KT Corp said they will run their MWC exhibition booths as planned but hinted that there could be a change of plans if the situation gets worse. Oppo will also continue with plans at the event while IT services provider NEC Corp said it was pushing forward with plans to attend for now.