MWC 2019: OnePlus, Samsung, Xiaomi - This is what you may get from top smartphone brands

World's first 5G-enabled smartphone and foldable devices will be in focus when one of the biggest technology events of the year - Mobile World Congress (MWC) 2019 - opens in Barcelona next week. Here is what to expect. 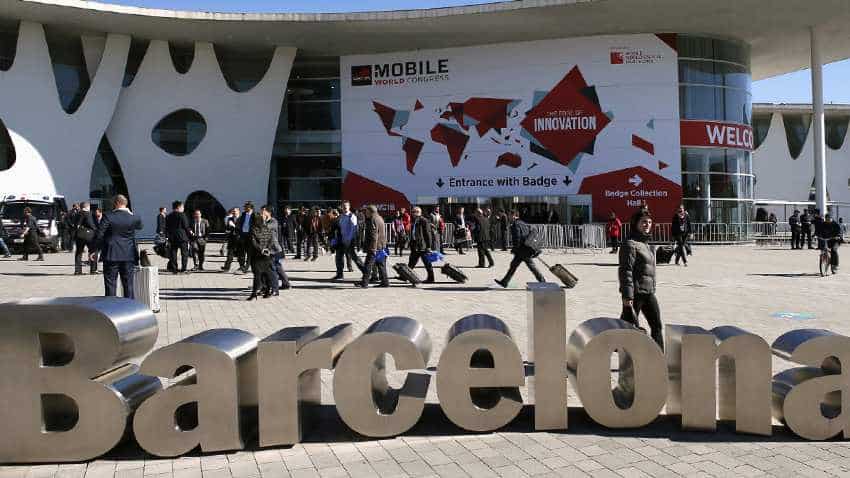 Like every year, all the major smartphone manufacturers would use this stage to present their latest smartphones. Source - Reuters.

World's first 5G-enabled smartphone and foldable devices will be in focus when one of the biggest technology events of the year - Mobile World Congress (MWC) 2019 - opens in Barcelona next week. The event is scheduled to be held between February 24 and 28 at Barcelona, Spain. Like every year, all the major smartphone manufacturers would use this stage to present their latest smartphones. Samsung has confirmed that it will launch its highly awaited Galaxy S10 on February 20 - four days before MWC, taking some sheen away from the event. But, Shenzhen-based Chinese smartphone manufacturer, OnePlus is set to make its first appearance at a major trade show. OnePlus is expected to show its upcoming 5G phone at MWC and will be the show stealer at the event.

There are reports suggesting that even Xiaomi can unveil its 5G smartphone at the event but the company is yet to confirm it. Among those who have officially confirmed their product launches is LG Electronics, which is set to launch its new smartphone based on the 5G network with a longer battery life and better 'coolin' mechanism.

Other manufacturers that would have something for the tech lovers are: Sony, Vivo, Huawei, Nokia and Oppo, among others. Here is what each smartphone manufacturer can unveil at MWC 2019:

Given that this is OnePlus' first appearance at any major trade show, a big announcement can be expected from the smartphone manufacturer. Even as social media is abuzz with the possibility of OnePlus to show its 5G phone, there have been no leaks which raises clouds of doubt over such plans. Instead, the company might just tease its new TV that it is working on.

The live streaming of OnePlus event from MWC will be available in India on February 25, 2019.

Sony's press conference is scheduled for 01:00 pm IST on Sunday 24 February and it might unveil its next flagship - Xperia XZ4. The manufacturer has a long history of unveiling devices at MWC. The new smartphone is expected to come with a 6.5-inch display at the front with 21:9 aspect ratio. It will also sport a triple cam-setup at the back.

LG was one of the first manufacturers to confirm its MWC launch. The South Korean electronics maker will host a media event in Barcelona on February 24 and will its new 5G smartphone. It is also expected to display its latest flagship smartphone, the G8 ThinQ, with a new interface. "We will showcase the 5G smartphone to attendees of the MWC," LG Electronics said in a statement. "In light of the global mobile event, we will beef up efforts to target the global premium market."

It is also expected to showcase a dual connected display screen at the MWC, joining the race to target the high-end market with new form factors.

Huawei might reveal Huawei P30 which is expected to come with four rear cameras with Leica lenses with one of the sensors having a resolution of 38MP. The company's CEO has already confirmed that the new smartphone will be better than the P20 or the Huawei Mate 20. It might also announce a new 5G foldable phone.

Thrilled to travel to #MWC2019 next week. Can anyone guess what's coming? #Xiaomi pic.twitter.com/YZeA7h8Zke

Just like other major smartphone manufacturers, Xiaomi too is yet to make an official announcement. But, it can give a glimpse of its flagship killer Xiaomi Mi9. The Mi9 is set to have a triple camera setup, an under-display fingerprint scanner, and will be powered by the Snapdragon 855.

Contrary to all reports, Samsung has decided to launch its Galaxy S10 trio - S10, S10+ and S10e - on February 20 at an event in San Francisco. The smartphones are still expected to make a lot of noise at MWC 2019 along with company's foldable phone which is expected to be announced soon.

Oppo has also been very secretive about its launch but is hosting an event on February 23 at 6:30 pm IST. It is expected to announce the successor to the Oppo Find X. There are reports suggesting that it may even unveil a foldable phone.

Nokia could use MWC 2019 as a chance to enter into the race of flagships. It is expected to launch Nokia 9 PureView - a smartphone that sports as many as five cameras on the back. However, no official confirmation has been made on the same.