Diwali discounts are available on smartphones such as the Moto Z2 Play, Moto M, Moto G5 and Moto E4. 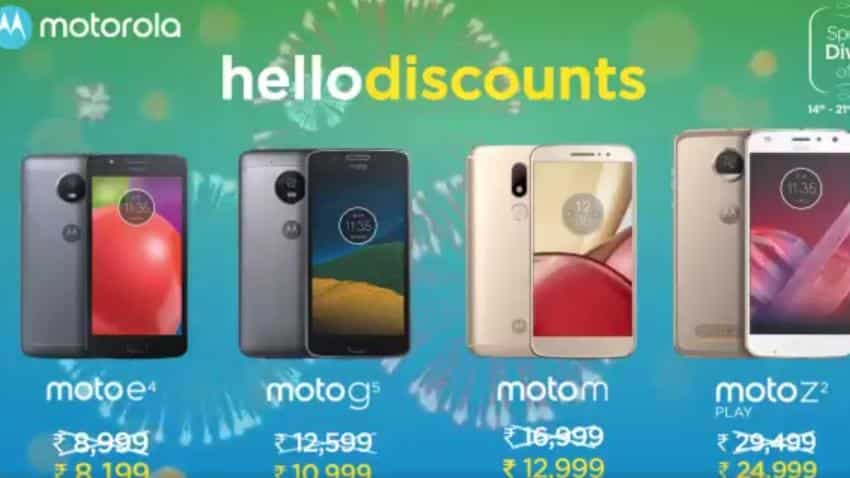 Motorola unveiled its special Diwali offers for its smartphones and discounts up to Rs 4,500. This limited period offer was announced through its Twitter account and starts from October 14 and is valid till October 21.

#HelloDiwali! Avail limited period festive offers on a range of motorola smartphones at a store near you! https://t.co/1WMlGmtnBO pic.twitter.com/0fopb6JdqY

The Motorola Diwali offer also comes with a Reliance Jio data offer. As per the offer, buyers are eligible to get up to 100GB of additional 4G data.

Motorola is also offering EMI schemes from two of its partners – Bajaj Finserv and Home Credit.

Besides this, Motorola has said that the Moto X4 has been delayed in India a bit more. The Moto X4 was supposed to be launch in India on October 3, however the launch did not happen.

The much awaited #MotoX4 launch will take a little longer. Watch this space to know when you can experience perfection with #MotoX4. pic.twitter.com/JHf3kuHPnO

However, the company tweeted that the Moto X4 will be available in India soon.