There will be 3D front-facing scanning technology like the Apple iPhone X, according to a report 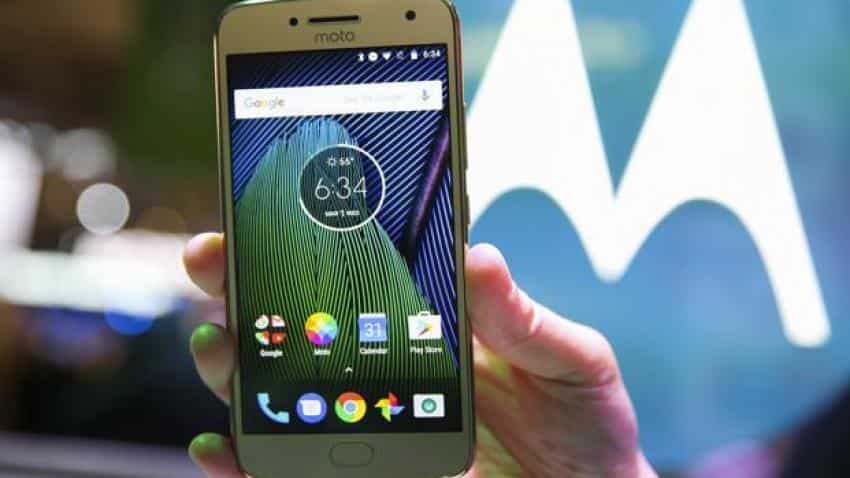 The Moto G6 and G6 Plus will have fingerprint sensors upfront while the cheaper Moto G6 Play device will have a rear fingerprint scanner. Image source: Reuters
Written By: ZeeBiz WebTeam
RELATED NEWS

Motorola, owned by Lenovo, is likely to make an appearance at the upcoming Mobile World Congress with its 2018 lineup of smartphones.

Lenovo is expected to launch a number of handsets at the event. According to a report, at least two Motorola smartphones are expected to not feature fingerprint scanners. Instead, they will rely on the 3D front-facing scanning technology like the Apple iPhone X.

This is in line with the previously leaked renders of the smartphones. The G6 and G6 Plus are shown with a fingerprint scanner embedded in the front physical home screen button. The Moto G6 Play, however, will have the sensor located inside the Moto branding on the rear, the report said.

Affordable Moto E5 will too have a rear fingerprint scanner. It is though unclear where the fingerprint ID will be located and just like the G6 Play, we expect the sensor to be embedded beneath the circular Moto branding that is below the camera module on the rear.

The Moto X5, on the other hand, will not have a fingerprint scanner but will go with the more innovative facial detection security. The device will use the front facing camera along with 3D mapping technology to provide for the security of the phone. The Moto X5 is said to be equipped dual front cameras and feature “Moto’s Smart AI” technology, the report revealed..

The Moto Z3 will once again be using the 3D front facing cameras for the security purposes. The more affordable Moto Z3 Play will instead rely on the fingerprint scanner, which is located on the side button as the per leaked information.