Motorola Moto E6s review: After launching Motorola One Action and One Vision in quick succession, the company recently launched its latest budget offering - the Moto E6s in India. The smartphone looks decent on paper, but is it really worth your money? And, where does it stand against the competition? Let's find out. 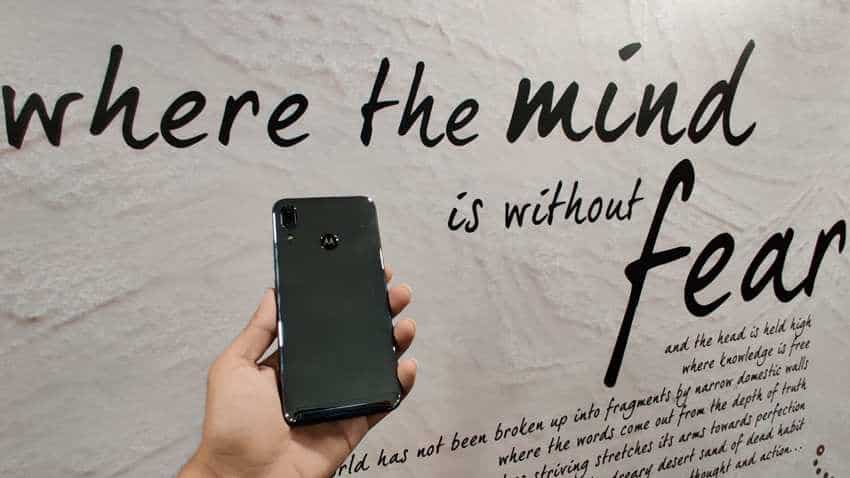 Motorola Moto E6s review: There was a time when sub-Rs 10,000 segment had only a few decent smartphone options. The entry of Xiaomi and Realme in the Indian market has changed the dynamics entirely over the last few years. Both these Chinese smartphone makers are offering several value for money options for less than Rs 10,000 and have pushed other players like Samsung, LG and most recently, Motorola to upgrade their budget devices. After launching Motorola One Action and One Vision in quick succession, the company recently launched its latest budget offering - the Moto E6s in India.

Priced at Rs 7,999, the Moto E6s competes against Realme 3i, Realme 5, Redmi 8A, LG W30, Infinix Hot 8 and Samsung Galaxy A10s, among several other smartphones in the Indian market. It brings a stock Android interface to the sub-Rs 10,000 segment along with a dual rear camera setup and fingerprint scanner. 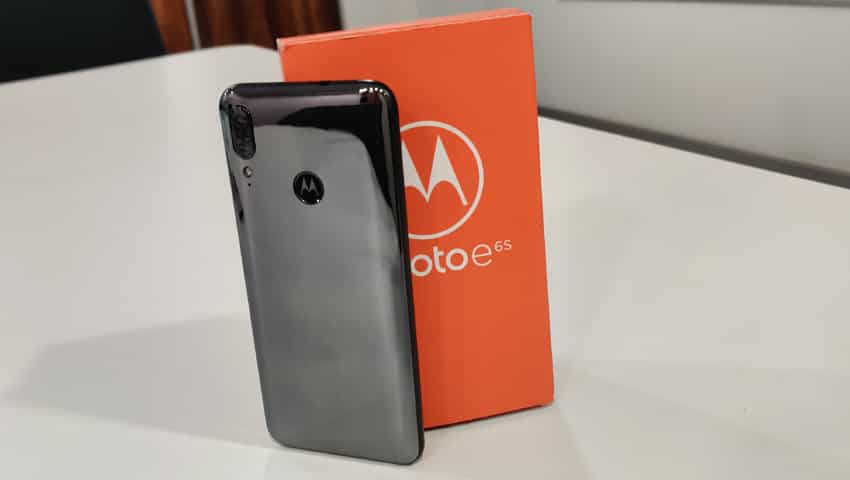 The smartphone looks decent on paper, but is it really worth your money? And, where does it stand against the competition? Let's find out in our Motorola Moto E6s review.

As soon as you take the Moto E6s out of the box, you are likely to be stunned. It is not because of the design but the weight of this smartphone. The Moto E6s weighs just 149.70 grams and feels even lighter in hand. The second shock that you will get is that it is because the battery, which is just 3,000 mAh by the way, is kept inside the box and not packed in the smartphone! This also means that unlike most smartphones of present days, the Moto E6s comes with a removable back panel. However, the device is extremely light weight even when you put the battery into the device.

The Moto E6s comes in two colour options - Polished Graphite and Rich Cranberry, the latter emerges as the more attractive option. For review purposes, we had the Polished Graphite variant which looks decent, but has relatively simple finish and unfortunately, acts as a fingerprint smudge magnet. But, you can't really complain about it as I have faced this problem with almost every single smartphone launched in India recently, from a Rs 8,000 E6s to a Rs 80,000 Samsung Galaxy Note 10+. Probably, the only exception is the Asus ROG Phone 2, but that's in an entirely different league altogether anyway. 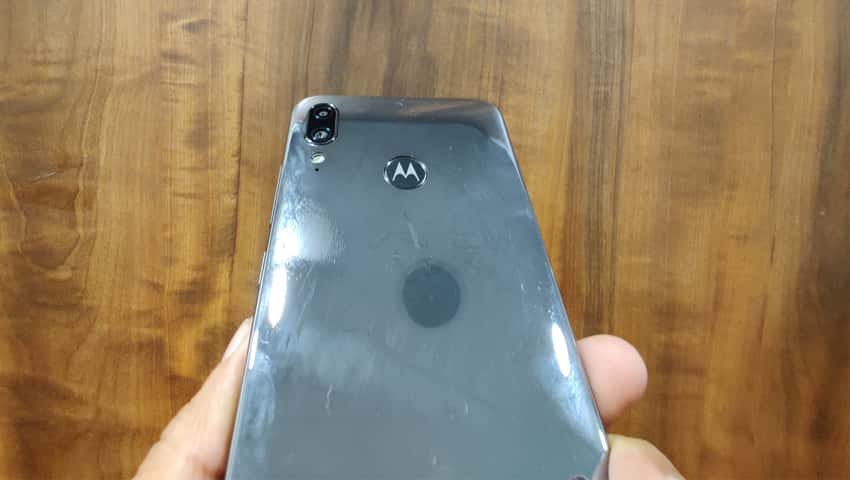 The rear panel on the E6s looks cleaner than what it does on most smartphones these days. All you get there is a dual rear camera setup, LED flash and Motorola branding, the last one also acting as the fingerprint scanner. On the front, you get a 6.1-inch LCD display with waterdrop notch that houses the selfie camera and relatively bigger chin.

On either sides, you get the 3.5 mm jack, micro USB charging port and the smartphone has been given an elegant and clean finish.

The Moto E6s offers a 6.1-inch HD+ display which is decent for a smartphone at this price tag, The screen produces vivid colours and offers enough for daily usage. You can use different apps, stream content on YouTube and text without any trouble. The brightness is quite good as well and if kept at full, you won't have any problem using the phone even from side angles. 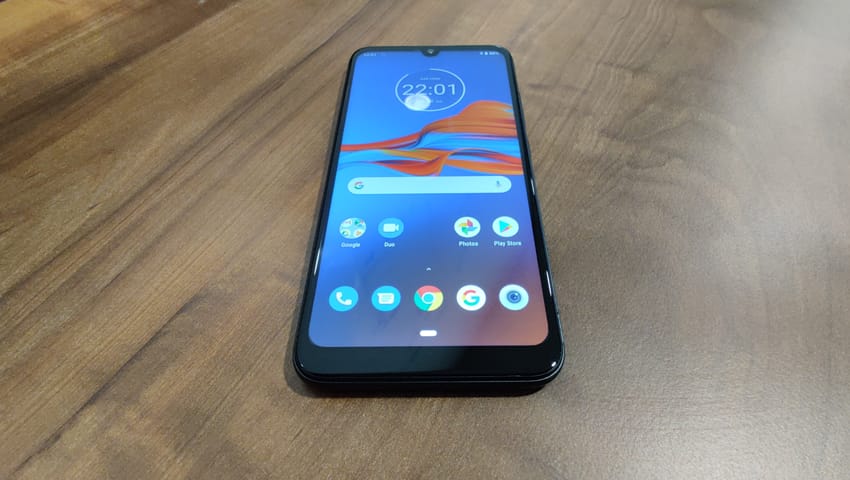 While the display is effective, the processor lets this smartphone down. Motorola has gone with the MediaTek Helio P22 chipset with an octa-core processor, making the mistake LG did with its W30. This is an entry-level chipset and while using the Moto E6s, you can feel that the apps are slow to load. Realme 3i which is priced around the same point uses a MediaTek Helio P60 processor while Realme 5 which is selling at Rs 8,999 for the base variant is powered by Qualcomm Snapdragon 665 chipset.

If not the latter, Motorola could have opted for Helio P60 chipset to offer a better experience.

The company does try to make up for it by giving 4GB RAM and 64GB of internal storage, a combination which is still not so common in this segment. Then, of course, you get the stock Android 9 Pie interface which saves you from all the bloatware. The UI is very clean and there are not too many pre-installed apps on the phone.

The Moto E6s would survive if you plan to use it for basic tasks like WhatsApp, clicking images, sending e-mails. But, you are likely to face issues while multitasking or playing gaming titles, in some cases even on lower settings. 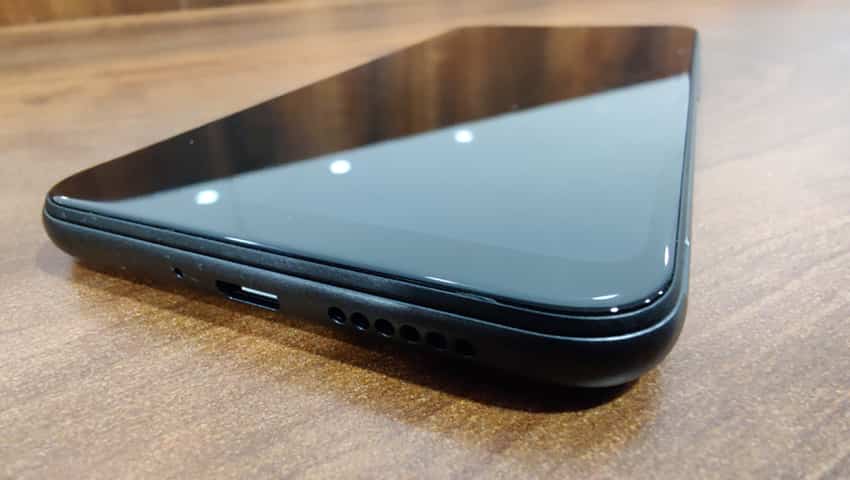 As I mentioned before, the smartphone packs a 3000mAh battery which is actually the primary reason behind this smartphone's weight. Again, this is less than what you get on most devices. For example, the recently launched Redmi 8A comes with a 5000 mAh battery for Rs 6,499. However, the Moto E6s manages to last for an entire day on medium usage. A positive aspect about it is that you can juice up the battery using the 10W fast charger that comes as part of the retail package.

You should have realistic expectations from the camera of a smartphone in this price segment. It will never give you the same quality under different light conditions or settings as a flagship or premium device. The Moto E6s performs well in the optics department for a budget smartphone and uses AI for post-processing images. 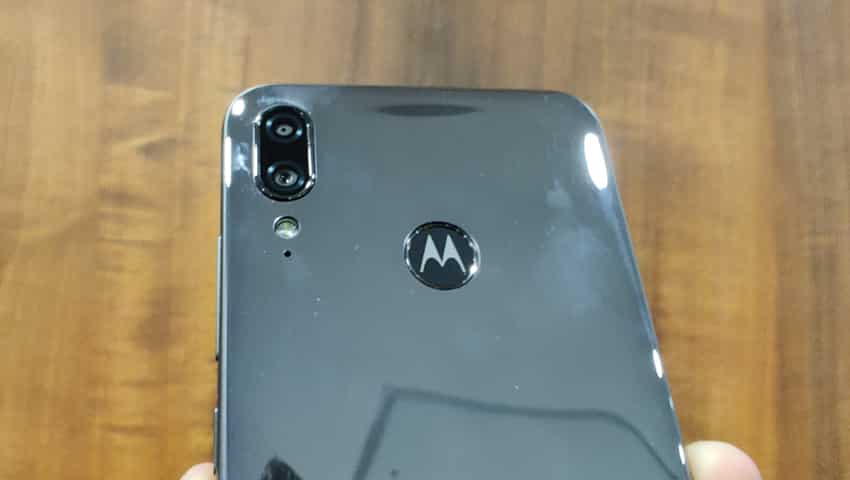 It comes with a dual rear camera setup that includes a 13-megapixel main camera and a 2-megapixel secondary depth camera. The setup allows you to click good-looking images in daylight. You get decent details and colours. But, like most budget smartphones, you won't get the same output in low light or at night.

On the front, you get an 8-megapixel selfie shooter. You will be better served with the front camera by reducing the beauty effect as it either softens the image too much or adds saturation.

Motorola has launched the Moto E6s in an already flooded segment where the competition is increasing as companies are looking to offer mid-range features at a lower price tag. Also, the smartphone has been launched at a time when even the premium players are trying to get something out of this segment with their affordable offerings. It comes with a nostalgic touch thanks to the removable battery but will have tough time competing against what other players like Samsung, Realme, Xiaomi, Vivo or even, Infinix have to offer in this segment. 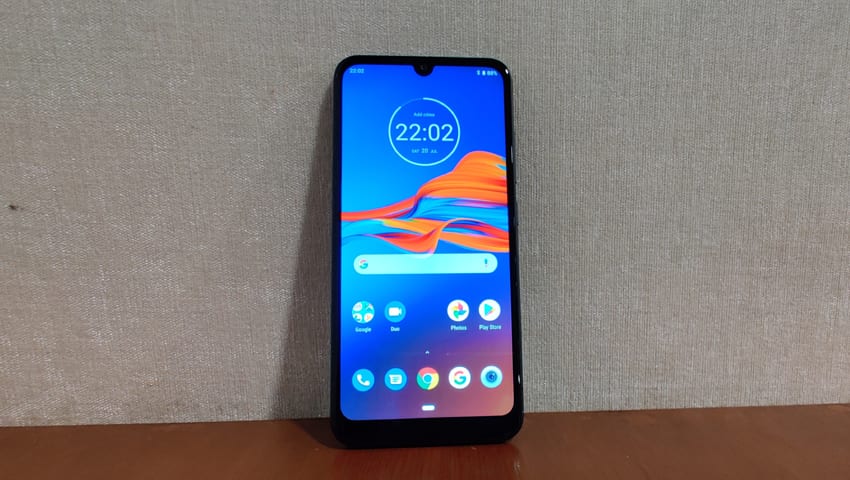 The processor used on the Moto E6s puts it in a tricky space but its design and weight could decide your buying decision. The smartphone is lightweight, looks elegant and also offers the stock Android interface at this price point. So, if you are looking for something different or refreshing, it could be an option.