The Moto Z2 Plus comes with some of the top features and is priced at Rs 27,999. However, there is stiff competition in this price segment. How does it perform in comparison to others? 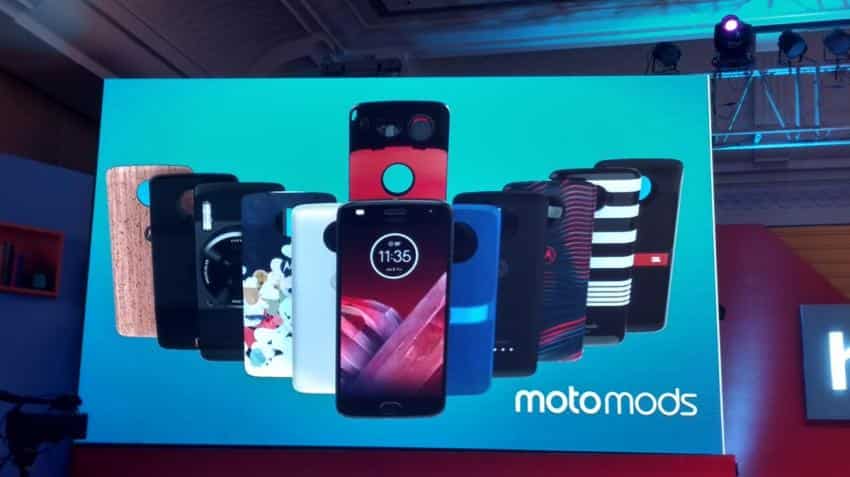 Lenovo-owned Motorola on Thursday launched its latest smartphone the Moto Z2 Play in India after a week since it unveiled the smartphone globally. The upgrade to the Moto Z Play, the new smartphone is priced at Rs 27,999 in India.

The Moto Z2 Play will be available in India on offline stores as well as Flipkart from June 15. However, it is open for pre-orders from today up to June 14.

ALSO READ: Motorola launches the Moto Z2 Play in India priced at Rs 27,999; here's where you can get it

In terms of specifications the Moto Z2 Play has Android 7.1.1 Nougat and has a 5.5 inch full-HD Super AMOLED display. It has Corning Gorilla Glass 3 protection.

The smartphone is powered by a 2.2GHz Snapdragon 626 octa-core processor.

The Moto Z2 Play sports a 12 megapixel rear camera with a 1.4 micron pixel sensor and an aperture of f/1.7. The front camera has 5 megapixels with an f/2.2 aperture, wide-angle lense with a dual-LED CCT flash.

It comes with a 3000mAh battery, which is lower than the 3510mAh battery it had in the earlier Moto Z Play. Lenovo however claims that the new and more efficient chipset will compensate for the loss.

The Moto Z2 Play has a TurboPower charger that provides 50% charge in just 30 minutes and can deliver up to 30 hours of mixed usage.

It also comes with various Moto Mods that enhance the specifications of the smartphone, with the additional costs of course.

The OnePlus 3T comes with a 5.5 inch full HD display and is powered by a 1.6GHz quad-core Qualcomm Snapdragon 821 processor.

In terms of RAM the OnePlus 3T has a higher 6GB RAM and 64GB internal memory that cannot be expanded.

In terms of the camera, the OnePlus 3T comes with a higher 16 megapixel rear as well as front selfie camera.

The Oppo F3 Plus smartphone is the first smartphone to feature dual camera. It has a 16 megapixel front camera and a 8 megapixel rear camera. One of the sensors also has a 120 degree wide angle lens to allow people to take group selfies.

It is powered by a 1.95GHz Qualcomm Snapdragon 653 SoC processor. The display is a larger 6 inch Full HD display and the same 4GB RAM. It has 64GB internal memory and has a larger 4000mAh battery.

The operating system is Android 6.0 Marshmallow.

It has 16 megapixel front as well as rear cameras with F1.9 lens. It is equipped with a 1.9GHz octa-core processor, 32GB internal memory which can be expanded to 256GB via microSD and 3GB RAM.

The Galaxy A5 comes with a 3000mAh battery the same as the Moto Z2 Play.

It sports a 16MP f/2.0 rear camera with phase detection autofocus as well as a 4 megapixel front-facing camera.

It has a Qualcomm Snapdragon 820 processor, 4GB RAM and 128GB internal storage. The Xiaomi Mi 5 has a 3000mAh battery and comes with Android 6.0 Marshmallow.

The device has Kirin 950 processor paired up with 4GB of RAM and has external memory support up to 128GB.

It houses a 3,000 mAh battery with fast charging technology.