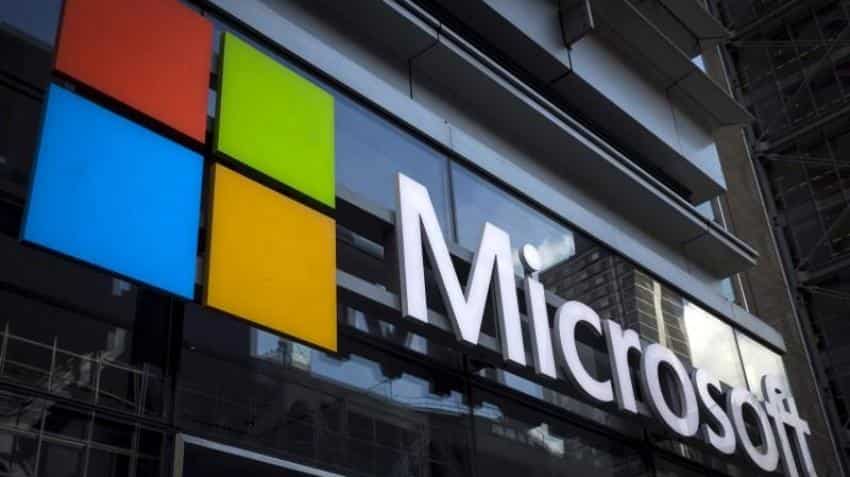 Microsoft Corp beat Wall Street`s profit forecast on Wednesday, helped by growth in its cloud computing business, but took a $13.8 billion one-time charge due to the new U.S. tax law.

Stock of the world`s largest software company, which have risen almost 50 percent over the past 12 months, initially fell in after-hours trading but later moved into positive territory.

The quarter was the 10th in a row of more than 90 percent revenue growth for its flagship Azure cloud computing service, which directly competes with Amazon.com Inc`s Amazon Web Services.

Amazon customers hoping to avoid being locked into one service could be helping growth, said Kim Forrest, an equity analyst at Fort Pitt Capital Group. "If you`re really smart you`ll have not one provider but two," she said.

Since Chief Executive Satya Nadella took the helm in 2014, Microsoft`s cloud business - which includes products such as Office 365, Dynamic 365 and Azure - has emerged as a major growth area.

Revenue from what Microsoft calls its intelligent cloud segment rose 15.3 percent to $7.8 billion in the company`s fiscal second quarter, including 98 percent growth for Azure. Analysts on average had expected $7.51 billion, according to Thomson Reuters I/B/E/S.

Amazon Web Services is the leader of the $14.4 billion cloud computing market with more than 31.8 percent market share, but Azure has been growing fast and holds the No. 2 position with 13.9 percent of the market, according to 2017 third quarter estimates by research firm Canalys.

"If they are the only company taking a one-time tax write off that would be disconcerting but the fact that nearly everyone is doing it implies it is not a big deal," said Adam Sarhan, chief executive of 50 Park investments, an investment advisory service.

Many U.S. companies have taken large one-time charges this quarter to account for changes to the U.S. tax law made in December, which cut the overall corporate rate and offered a lowered rate for companies repatriating overseas profits to the United States.