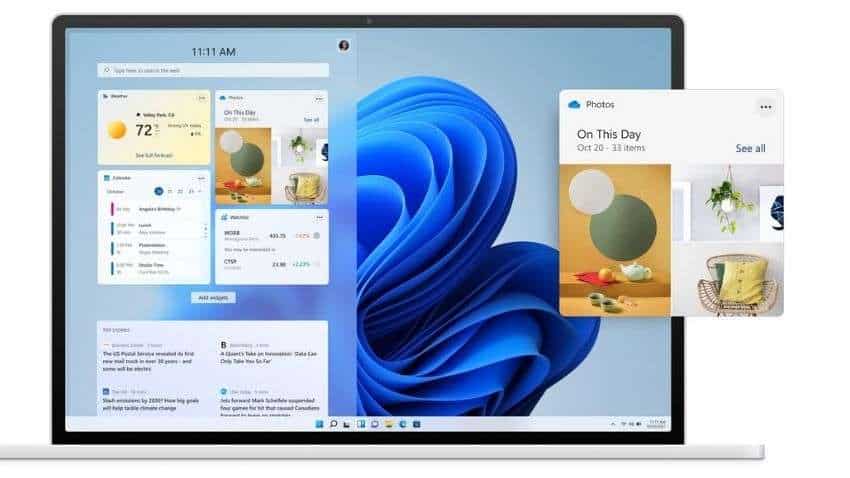 Windows 11 PC Health Check app lets users check if their PC is eligible for the next Windows upgrade or not.

Windows 11 release tomorrow: The US-based tech giant Microsoft announced to release its next-generation Windows 11 from October 5. Microsoft's first major operating system update in six years will be available as a free download for existing Windows users starting on that date. Ahead of the official release, the tech giant has made the Windows 11 PC Health Check app live once again.

Download the PC Health Check app by heading over to the official website at https://aka.ms/GetPCHealthCheckApp. Next, run the downloaded installation file. Just double-click on it and follow the instruction shown on the screen. The installation process will take a few minutes to get completed. Open the tool on your PC once the installation is completed. Click on the Check now option displayed on the screen. It will now show a pop-up message stating whether or not your PC can install Windows 11 operating system.

The rollout of Windows 11 will take a measured and phased approach, just like previous Windows 10 feature updates. Intrested userser can check for device's update to Windows 11 post-October 5 by heading to Settings > Windows Update and select Check for updates.

Introduced in July, Windows 11 comes with a sleeker look and layouts for snapping applications to the screen, more detailed widgets, a revamped Microsoft Store, and support for Android apps. Microsoft has already revealed basic requirements for running Windows 11 on a PC.

It will need a processor that has two or more cores and a clock speed of 1GHz or higher along with 4GB RAM and at least 64GB storage. The firm recently announced Windows 11 will officially support Intel Core X-series, Xeon W-series, and the Intel Core 7820HQ.

One of the biggest parts of Windows 11 is the new store and support for Android apps on Windows. The Microsoft Store is redesigned and will support a whole host of apps that haven’t typically been available in the Windows app store. That includes apps from Adobe Creative Suite, and Android apps including Snapchat and Instagram.

Microsoft is also improving the gestures you can use on tablets and the touch targets. Instead of flipping into a tablet mode, Windows 11 simply adapts to allow you to touch the OS easily.