Surface Go allows you to link your Android or iPhone so that you can continue to do on your PC what you were doing on your smartphone. 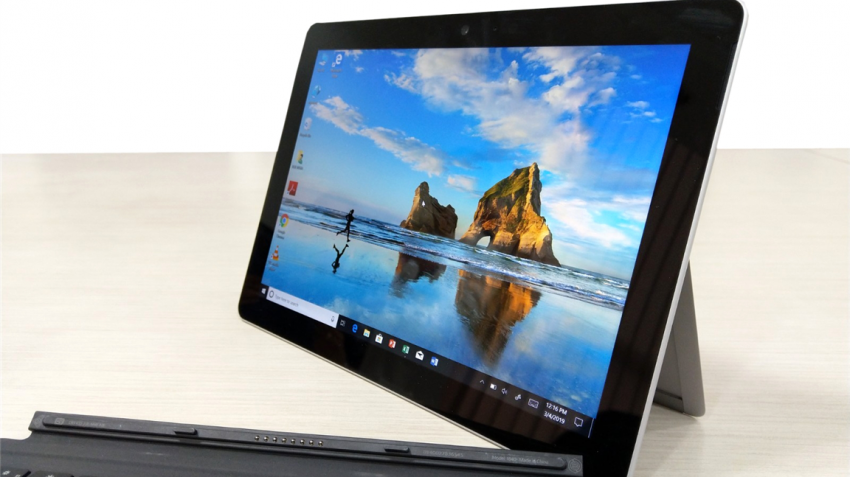 The onslaught of the Android may have dealt a severe blow to Microsoft`s hardware ambitions but the "Surface" brand has not only survived but also appears to be ready to write a new success story with the launch of the Surface Go two-in-one. Surface Go allows you to link your Android or iPhone so that you can continue to do on your PC what you were doing on your smartphone.

The device was launched in India at Rs 38,599 for the 4GB RAM and 64GB internal storage variant and the 8GB RAM and 128GB variant at Rs Rs 50,999. With discounts on Flipkart, they started becoming available at lower than the announced price.

The device also supports inking with the Surface Pen but there is a caveat: You will have to shell out some extra money if you want the Type Cover and the Surface Pen.

Let`s see how the 8GB RAM and 128GB variant fared during our use.

The Surface Go looks so slim, light (just about half a kg) and stylish that holding it once immediately arouses the cells in the brain responsible for instilling in people a protective feeling. That cuts the chances of dropping the device, the screen of which is protected by Corning Gorilla Glass 3.

In fact, with the Surface Go, carrying your PC ceases to become a pain as the device can easily fit into almost any bag, without adding much to the weight of your luggage.

The detachable Type Cover is also quite light but the power adapter is a little bulky.

The 10-inch, two-in-one device brings to users the benefits of the Microsoft Windows 10 operating system, making buyers ready for use of the device from the word go.

If you get tired of holding the device in your hands, you can also make it stand on any flat surface with the help of the hinged kickstand which can be easily folded back.

The feature makes the device particularly suitable for media consumption -- streaming videos or movies. We also liked the sound that the dual speakers produced.

In fact, the device is much cheaper than its competitors Apple iPad Pro and Samsung Galaxy Tab S4, both of which are a little lighter and yet sport slightly bigger displays than the Surface Go.