The upgrade, for Windows 10 only, has limits as well. While more than 400 million devices run on Windows 10, far more computers still have Windows 7 installed, according to data from NetMarketShare. That means the majority of users will not see any changes. 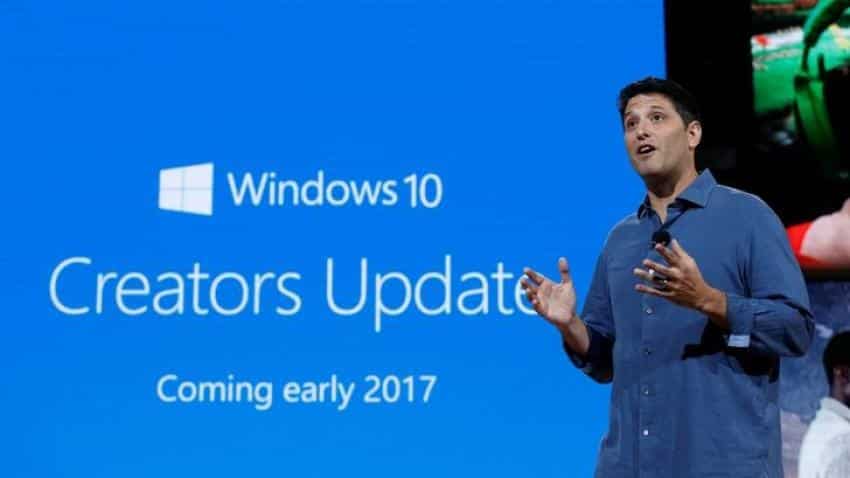 Microsoft Corp on Wednesday unveiled its first-ever desktop computer and a free update to its Windows operating system that allows edits using 3D simulations, in hopes of reinvigorating its computing business.

The Windows 10 Creators Update, coming in early 2017, lets mobile devices scan an object on all sides so it can rotate 360 degrees in a photograph. It also allows for three-dimensional graphics in Microsoft`s popular PowerPoint presentation software, and a new "Paint 3D" application allows edits in 3D simulations.

Sales for Microsoft`s computing business have declined since 2015. With the new features, Microsoft is hoping to stand out from the pack and win over creative types who have long preferred products from rival Apple Inc .

"Microsoft has its work cut out in trying to convince potential customers that its products are more than just the workhorses they`ve always been for many," analyst Jan Dawson of Jackdaw Research said in a note. "That won`t change overnight."

The technology company`s desktop computer, the Surface Studio, has a touch-screen monitor that can lie flat and be drawn on with a stylus. Microsoft also said it would introduce a new Surface Book laptop whose battery life is 30 percent longer at 16 hours.

At $2,999 and up, the Surface Studio will be "out of reach for the vast majority of consumers," Dawson said.

The upgrade, for Windows 10 only, has limits as well. While more than 400 million devices run on Windows 10, far more computers still have Windows 7 installed, according to data from NetMarketShare. That means the majority of users will not see any changes.

Nonetheless, analysts said the upgrade puts Microsoft at the forefront of mass-market 3D technology, with the potential to please average users and intensive gamers alike.

"Microsoft is getting ahead of the curve," Tigress Financial Partners analyst Ivan Feinseth said. "Their marketing efforts to illustrate the 3D ability seems to be ahead of Apple`s."

Apple has scheduled an event on Thursday where it is expected to unveil updated Mac computers.
Microsoft`s update targets gamers in particular, who are keen on using new virtual reality headsets and have been turned on to augmented reality games since the July launch of hit mobile app Pokemon Go.

Business partners HP, Lenovo, Dell and others will introduce virtual reality headsets, starting at $299, that work with the new Windows 10, Microsoft said.

"We are building Windows for each of us (and enabling) people to experience computing in new ways," Chief Executive Satya Nadella said at a New York event to launch the new products.

Revenue for the Windows and computing unit fell 1.8 percent last quarter to $9.29 billion, Microsoft said on Thursday. It forecast division sales of as much as $11.6 billion for this quarter, well below year-earlier results of $12.7 billion.

Nonetheless, Microsoft is riding high on its fast-growing cloud business, which companies can use to host their websites, apps or data. Shares of Microsoft have doubled since August 2013, with Nadella restoring investor confidence by focusing on mobile and cloud computing rather than PCs.