Bharat Go is part of Airtel’s ‘Mera Pehla Smartphone’ program, where buyers can avail up to Rs 2,000 cashback on purchase of this phone. This means, you can buy Bharat Go at just Rs 2,399. 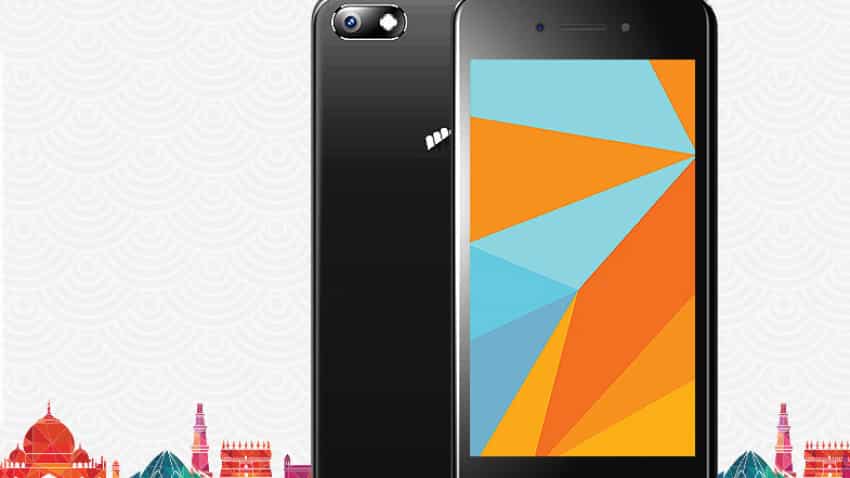 Low-budget smartphone maker Micromax has finally launched the latest Bharat Go Android Oreo (Go Edition) in India on Tuesday. The news for the launch of this device broke in January 2018, but Micromax delayed for some reason. Later, the company unveiled the Bharat Go in MWC 2018 booth, and finally it has been launched in it’s home country. Bharat Go will be available at Rs 4,399 in markets. But guess what! You can purchase this smartphone at half of it’s market price, if you are an Airtel subscriber.

Bharat Go is part of Airtel’s ‘Mera Pehla Smartphone’ program, where buyers can avail up to Rs 2,000 cashback on purchase of this phone. This means, you can buy Bharat Go at just Rs 2,399.

The Bharat Go has a 4.5-inch display with a resolution of 480 x 854 pixels, and is is powered by the MediaTek MT6737M processor which comes with a quad-core CPU with all the four cores clocked at 1.1GHz. It is packed with 1GB of RAM and 8GB of internal storage. One can expand the storage by up to 128GB via microSD card.

As for camera, the phone has a single 5MP camera at the rear along with a single 5MP front-facing camera. Both the cameras have features like LED flash.

Battery life of Bharat Go is good at 2000mAh battery.