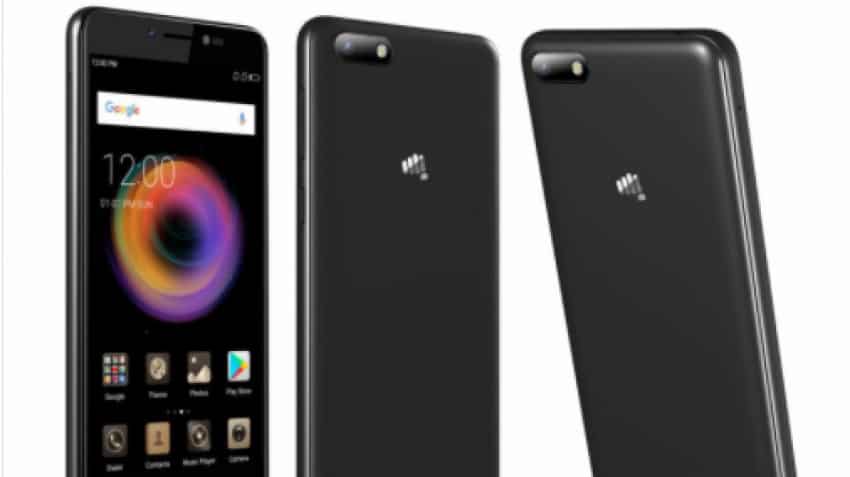 Expanding its affordable "Bharat" series, Micromax Informatics has launched a new smartphone "Bharat 5 Pro" at Rs 7,999. The new device, with 5.2-inch HD IPS display, sports a 13MP rear camera and 5MP front camera with LED Flash. Micromax's new smartphone comes with a 5,000mAh battery and claims to give more than 21 days of backup.

"Our new addition to the successful Bharat range, the `Bharat 5 Pro` will surely offer a complete package to the consumers at a very affordable price," said Shubhodip Pal, Chief Marketing and Chief Commercial Officer, Micromax Informatics, on Wednesday.

According to the company statement, the new device has 1.3 GHz Quadcore processor with 3GB RAM and 32GB ROM. It also comes with "Face Unlock" feature.

The Micromax Bharat 5 Pro comes with 32GB of inbuilt storage, which is expandable via microSD card. The phone has 4G VoLTE, Wi-Fi, USB OTG, and other standard connectivity options. Since it runs on a 5000mAh battery, it is rated to deliver up to 2 days of usage, and up to 3 weeks of standby time.

Earlier, the technology company had launched "Bharat 5" smartphone for Rs 5,555. The device, packed with a 5,000mAh battery, 5MP front and rear cameras with flash, reportedly delivered a run time of up to two days.

The company statement claimed that the device has a standby time of up to three weeks. Micromax also partnered with Vodafone to provide its Bharat 5 consumers with 50GB of free data.

It may be noted that Micromax unveiled Bharat 5 Pro in India, hours after the Redmi 5 was launched. Both the phones, Redmi 5 and Bharat 5 Pro, share the price tag similar on the base model.