Mi Note 10 with 108MP 5 camera setup to be launched in India soon; Here's what you should know 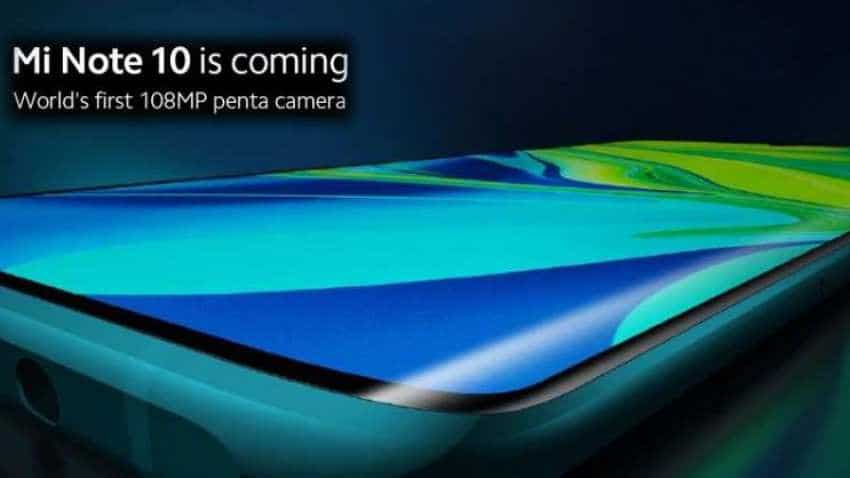 The display of Xiaomi's new smartphone Mi Note 10 will be of 6.47 inches, and the new phone shall come with a battery capacity of 5170 mAh, Snapdragon 855+ processor, 6GB RAM, and 128GB storage.
Written By: ZeeBiz WebTeam
Edited By: Arun Kumar Chaubey
RELATED NEWS

The revolution in the world of smartphones is taking a front seat in India. The speed at which the world of technology is taking everyone with surprises, and the recent one has come from Chinese smartphone company Xiaomi. Xiaomi is expected to launch a new smartphone, Mi Note 10 soon. While the catch is that the poster of Mi Note 10, the new phone of the Mi Note series, has been released, and it will have 108 megapixels 5 cameras setup.

The company also claims that it is the world's first smartphone with 108 megapixels and 5 cameras. This phone will be launched on November 10, as per reports. Xiaomi will also be launching another new smartphone Mi CC9 Pro next week.

The rear panel of the Mi Note 10 smartphone sports a 108-megapixel primary sensor, a 20-megapixel ultra-wide-angle camera, a 12-megapixel telephoto camera, a macro camera, and a portrait shooter. While the front camera of the phone has a 32 megapixels sensor.

The company  has not yet revealed the prices of Mi Note 10.