Mi Fan? Here is when your smartphone will get MIUI 11 - Check full list with dates 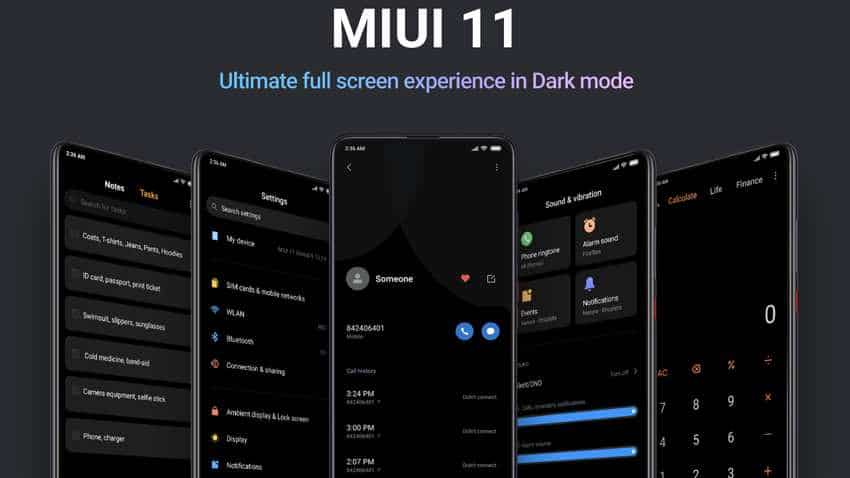 The update has been scheduled in four phases for now. Source - Xiaomi.
Written By: ZeeBiz WebTeam
Edited By: Harish Dugh
RELATED NEWS

Xiaomi announced the official roll out of its custom firmware - MIUI 11- during an event held in New Delhi on October 16. The event was hosted to launch new Note devices - Redmi Note 8 and Redmi Note 8 Pro. After announcing the official roll out of MIUI 11, Xiaomi also revealed which smartphones and by when they will get the latest update. The update has been scheduled in four phases for now. The first phase will start from October 21 and will cover several popular devices like Redmi 7, Redmi Y3 and Redmi K20.

The last phase will be held in December and will include only the Redmi Note 8 Pro. So, if you are planning to buy this newly launched device, you will have to wait till December 18 to get your hands on the latest update. Here is the full list of Xiaomi smartphones that will get MIUI 11 -

The MIUI brings several new features for Xiaomi users such as dynamic font scaling, new Always-On Display presets, dynamic speakers and a redesigned interface that Xiaomi claims has made it the first ever smartphone company to win the Red Dot design award for smartphone software.

"We have taken the game forward with MIUI 11 with an even more enhanced user experience, the uber cool Dark Mode and an upgrade across several high utility apps.and features. We are especially thrilled about the Mint Keyboard on MIUI built especially for our Indian Mi Fans, supporting over 25 Indian languages," Manu Jain, Vice President, Xiaomi, and Managing Director, Xiaomi India, said.