Made in India app Koo, which has been promoted as India’s answer to Twitter for non-English users, has won government of India’s Digital India Aatma Nirbhar Bharat Innovate Challenge. 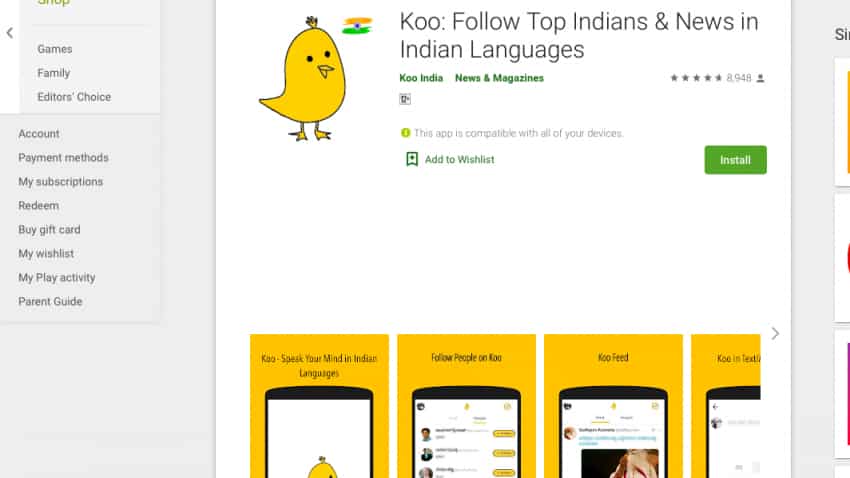 Made in India app Koo, which has been promoted as India’s answer to Twitter for non-English users, has won government of India’s Digital India Aatma Nirbhar Bharat Innovate Challenge. The winners were declared on Friday. The Ministry of Electronics and Information Technology’s (MeitY) innovation challenge was aimed to help identify the best Indian apps in eight categories that were already available for use and scale them to world-class standards.

Launched in March 2020, the platform was awarded in the social networking category. The platform was started by Aprameya Radhakrishna and Mayank Bidawatka.

It is currently available in four Indian languages including Hindi, Kannada, Tamil and Telugu. Just like Twitter, Koo allows users to express themselves with a set character limit. As of now, the users are allowed to “speak their mind” through 400 characters of text or 1-minute short audio or video “Koos.”

The users have the option to follow others and send them 1-1 direct messages and use hyper local hash tags on Koo.

“We are honoured to be a part of the winning list of apps that have been selected from among the 6,940 entries that the Aatma Nirbhar App Challenge received. We value and appreciate the thrust our government is placing on technology innovation for a better India. It’s a proud moment for our team and our contributors to be recognized for our creation. We look forward to giving a voice to a billion Indians through Koo,” Mayank Bidawatka, who is one of the co-founders of Koo said in a press statement.

The app was selected as winners based on four parameters, including ease of use, robustness, security features, and scalability. They will receive a cash reward of Rs 20 lakh.

Stocks in Focus on September 20: Aviation Stocks, Delta Corp, Zomato, Lupin to Asian Energy Services; here are the 5 Newsmakers of the Day