The V30S ThinQ device comes with two new features- Vision AI and Voice AI; while the former comes in the camera application, the latter adds new commands to the Google Assistant. The South Korean company, however, did not reveal the price of the new smartphone. 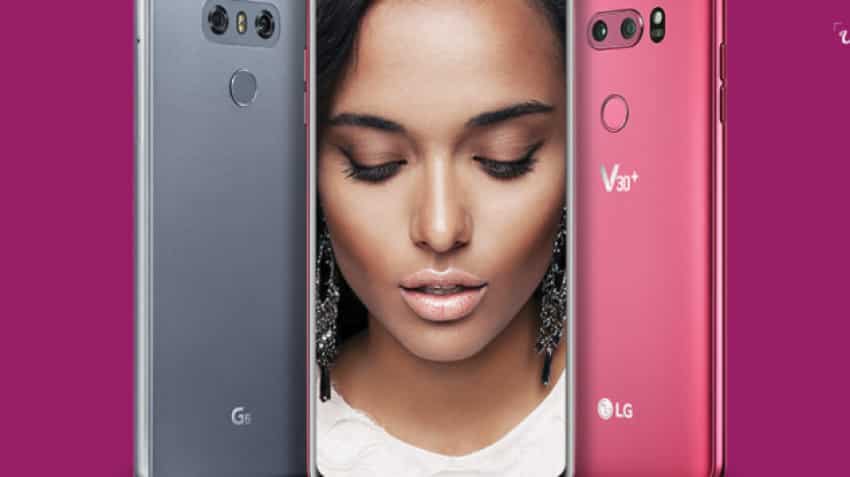 The ThinQ comes with new artificial intelligence (AI) technologies in the camera application and in LG’ software too. Image source: official website
Written By: ZeeBiz WebTeam

South Korean technology company LG today unveiled a new version of the LG V30, dubbed as LG V30S ThinQ. The smartphone maker also hinted that more products are in the pipeling by stating that the new offering is the first device under the ThinQ lineup.

According to Telecom talk report, the ThinQ comes with new artificial intelligence (AI) technologies in the camera application and in LG’ software too.

The V30S ThinQ device reportedly comes with two new features- Vision AI and Voice AI; while the former comes in the camera application, the latter adds new commands to the Google Assistant.

The South Korean company, however, did not reveal the price of the new smartphone, as the same is expected to be announced in the LG’s press conference.

The report further elaborated the key features of the new device.

According to TelecomTalk, LG’s Vision AI is integrated into the default camera application in the form of three camera features: AI Cam, QLens and Bright Mode. The AI Cam analyses subjects in the frame and recommends the optimal shooting mode in eight categories of portrait, food, pet, landscape, city, flower, sunrise, and sunset.

The company reportedly said that each mode enhances the characteristics of the subject taking into account factors such as the viewing angle, colour, reflections, lighting, and saturation level.

LG has also developed QLens technology to scan QR codes to improve the online shopping experience. This will reportedly give a user information as to where he should buy the product online at the lowest price as well as recommendations for similar items.

LG reportedly further added a new low-light mode dubbed as Bright Mode, stating that this mode uses algorithms to brighten images by a factor of two for better-looking photos without noise.

It may be noted that 50 commands will be available in the ThinQ smartphone, out of which, 34 commands are LG exclusive.

According to TelecomTalk, other specifications of the new device are similar to the LG V30, as it has the same 6-inch Quad HD+ OLED display with a resolution of 2880 x 1440 pixels and 538 PPI.

The storage can be expanded up to 2TB with a microSD card.

The report said that LG V30S ThinQ is also certified by MIL-STD 810G, offering dual camera setup at the back, along with a 16MP primary sensor is paired to a secondary 13MP wide-angle sensor.

Further, the device measures 158grams and runs Android 8.0 Oreo out of the box. The new device--backed by a 3300mAh battery--comes in colour options of Moroccan Blue and Platinum Gray.