In terms of price the LG G6 is significantly lower priced at Rs 51,990 in comparison to the Samsung Galaxy S8 which is priced at 57,900. 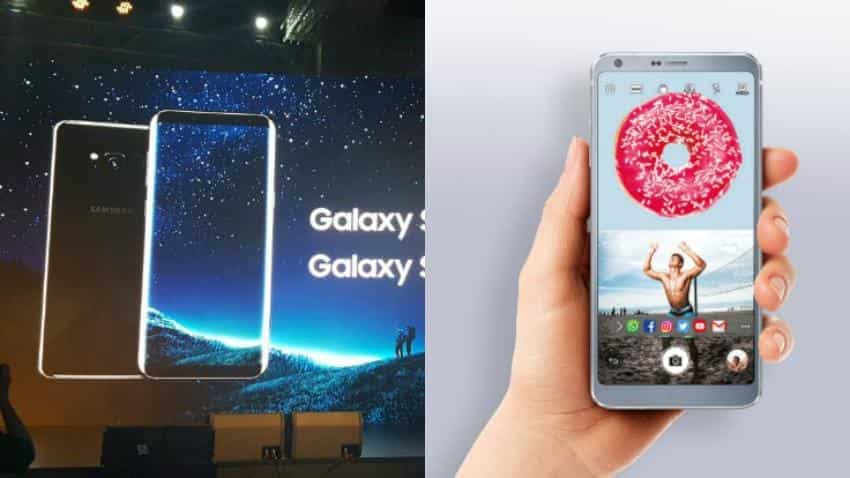 The LG G6 has finally gone on sale today and is available exclusively on Amazon apart from offline retail stores across the country. The smartphone is pitted to take on its South Korean rival Samsung which has come out with its latest flagship phone the Galaxy S8.

In terms of price the LG G6 is significantly lower priced at Rs 51,990 in comparison to the Samsung Galaxy S8 which is priced at 57,900. The LG G6 also can be brought at Rs 10,000 lower as there is a cashback being offered only today, April 25 for HDFC and SBI credit card holders.

Since price doesn't determine a person buying a smartphone especially in this price range, we will take a look at the specifications of the smartphones to see which is a better choice.

Display: In terms of the display the LG G6 includes a 5.7 inch QHD+ display with Dolby HDR certification and Corning Gorilla Glass 3.

The Samsung Galaxy S8 comes with little larger display a 5.8 inch QHD display which is certified by the UHD Alliance as Mobile HDR Premium. Samsung has termed it as the Infinity Display which has dual-edge curved display and is the highlight of the smartphone. In terms of the durability of the display the Samsung Galaxy S8 is a bit better as it has Corning Gorilla Glass 5.

Cameras: The G6 sports a dual-camera setup on the rear with two 13 megapixel sensors, ie one for wide angle shots with 125-degree lens and the other for regular shots with 71-degree lens. The front camera is a 5 megaxpixel wide-lens camera. The Galaxy S8 has a 12 megapixel 'Dual Pixel' rear cameras and a 8 megapixel front camera with anti-focus and optical image stabilisation.