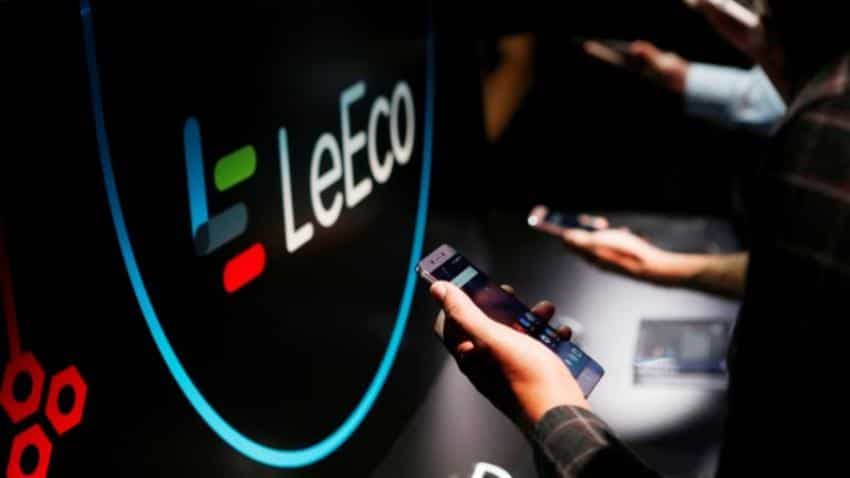 The company is also looking to invest into the new IT development region coming up in Pali, Rajasthan. Photo: Reuters
Written By: PTI
RELATED NEWS

Chinese handset maker LeEco today said that it would continue to launch new products in the smartphone and LED TV segments in 2017 while reiterating that it would not exit from the Indian market.

The company, which today strengthened its presence in the LED TV segment by launching three models under its new Super4 Series, said that it is aiming to corner at least double digit market share in the segment in FY 2017-18.

Besides, the company is also considering to foray in some new segments. However, it did not share the details.

"India is one of the most strategic market of LeEco and we definitely would not exit from here. We would continue to launch new products and develop the market and serve our customers," LeEco India Group VP and COO Alex Li said.

He further added: "We did have some change in the strategy but we want to be consistent and have sustainable business in India. This is a long term strategy... We would streamline our operations here."

LeEco had registered total sales of Rs 1,400 crore last year. The company had sold above one million handsets and 12,000 units of smart TV in the domestic market.

According to the company, this year TV market is expected to be around 11.2 million, in which the TV sets above 40 inch screen size would be around one million.

Besides, the company which has presence in smartphone and LED TV, has plans to expand its offerings in more segments. However, Li denied to share the inputs about the new segments in which the company has plans to foray in.

The company, which had last year applied for opening single brand retail shops in India from Foreign Investment Promotion Board (FIPB), has no plans to open exclusive brand outlets in India.

"As of now, in 2017, we do not have any plans to open such exclusive outlets. The strategy has not been finalised yet," he said adding "We would go there only when we would know the business."

Over the new business Li said: "This company has many businesses and actually we have brought only two business here -- smartphone and TV. I think India has so many opportunities to develop new business and this has been in discussion to find new business from LeEco family."

LeEco would continue its offline retail presence in multi brand format besides strengthening its online presence.

"We would have some offline retail primarily for TVs and they would be with the partners which we have here." Besides, the company is also looking to invest into the new IT development region coming up in Pali, Rajasthan.

"I am very supportive of the current government policy... They are setting up manufacturing facilities in different regions. We have to utilise all the resources, it would develop our business here and we would avail all the opportunities in the market," he added.

Over the markets in next few years, Li said: "Phone business would be more competitive. India is the fastest country but the growth rates of countries as China has slowed down.I would see less players in next 3 years."