Noble Skiodo televisions are coming at steal deal on various e-commerce websites such as Flipkart. 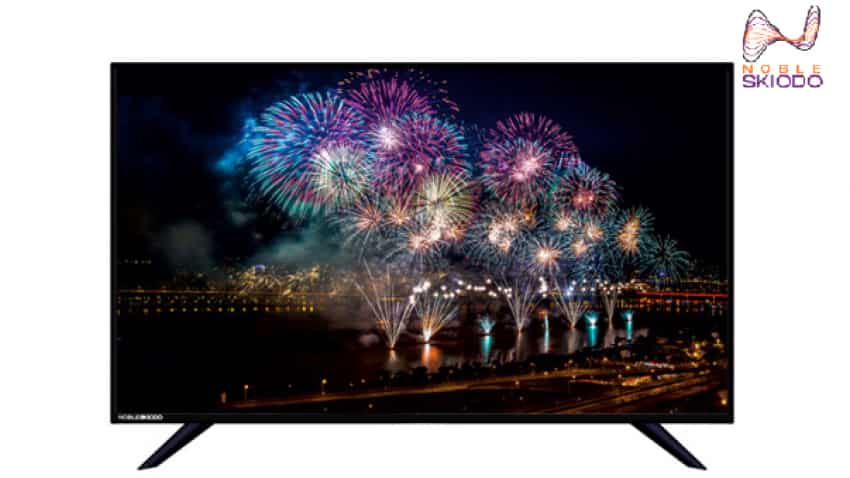 Noble Skiodo is posing a challenge to companies like Vu and Xiaomi, who have pioneered in offering television at affordable prices. Photo: Noble Skiodo Official Website

Noble Skiodo LED TV: Buying a television set is one Investment every individual wish to make. But several new television sets cost a mint. So if you are looking for something that will fulfil your desire to place an LED on your living room wall but also not burn holes in your pockets, then this offer is just for you. Noble Skiodo, a television brand recently launched its latest range of smart televisions in India. Among the television set is one priced at just Rs 6,999  for a 24-inch variant. That is the same price one might pay for buying a smartphone.

Noble Skiodo televisions are coming at steal deal on various e-commerce websites such as Flipkart. The sale on Flipkart will begin from April 1.

The TVs are going to boast smart connectivity, WiFi and LAN as options. They will also host a lot of pre-loaded applications such as Miracast, Web browsers, YouTube and Twitter to name a few. Accessories include two HDMI ports and one USB port. Moreover, to suit the Indian market, the television will also have resistance to moisture damage and customisable back-light, to reduce power consumption.

The television company Noble Skiodo will be releasing two variants 24-inch (NB24YT01) and 32-inch (NB32YT01), with a resolution of 1280x720 pixels. Furthermore,the television is accompanied with 20W sound output from its speakers. The Noble Skiodo VR-24 HD Ready LED TV will be prices at Rs 6,990 whilst the Noble Skiodo CN32 HD Ready LED TV will be priced at Rs 8,999. Other variants are also available at sliced prices, with the options of EMI, and attractive exchange offers.

Noble Skiodo is posing a challenge to companies like Vu and Xiaomi, who have pioneered  in offering television at affordable prices and also with a bouquet of features and specifications.