Jio testing Triple Play Plan for GigaFiber: Data, talk-time and TV, all under one bill?

This will offer its consumers data, calling and Internet Protocol television (IPTV) benefits under a single plan. 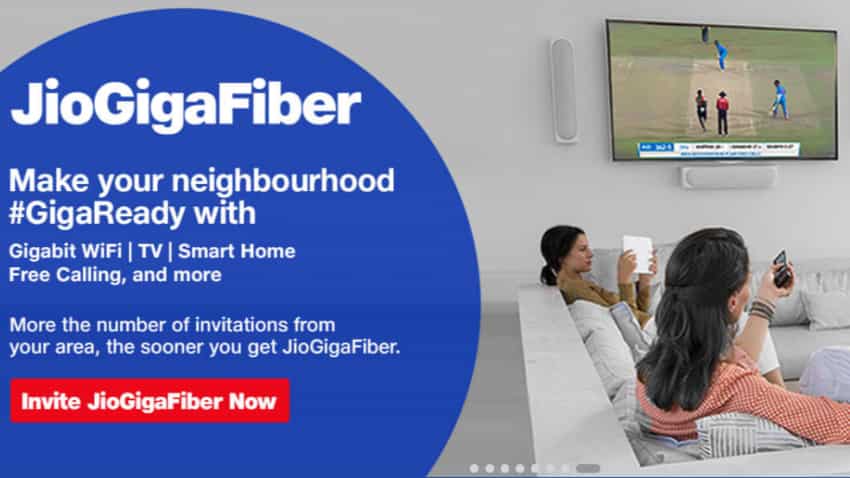 There is an interesting battle going on in India's telecom industry since Reliance Jio's entry. With its affordable and fast data plans, Jio has stepped up the competition. This poses a challenge for other telecom companies to sustain in the market. Now, Reliance Jio is set to raise the bar again as it is reportedly testing a triple play plan for the Jio GigaFiber FTTH service. According to a report by TelecomTalk, this will offer its consumers data, calling and Internet Protocol television (IPTV) benefits under a single plan. In other words, you get your mobile and television network facilities in the same package.

There is still no confirmation on when the package would be rolled out for the users.

Just like any of its plan, RJio is offering abundance of services. Despite the price of this plan yet unknown which consolidates the data and talk-time subscription and IPTV plans under one bill, it is reported that Reliance Jio will provide with 100GB data at 100Mbps internet, unlimited talk time, its bouquet of Jio apps and subscription to Jio TV for a validity of 28 days, to the subscribers of this Triple Play plan.

The report also suggests that RJio is re-branding its GigaTV service and will now call it Jio Home TV. The company is yet to announce when it will commercially release this plan. But surely enough, we can expect that this plan too will be a success like any other RJio plan, as it caters for the needs of its subscribers first.