It's confirmed! Moto G6 to be launch on June 4; Check price, specs and feature here

Moto G6 series may be quite different from the Moto G5 series as it may pack the 3D design, which is featured currently in Moto X4. 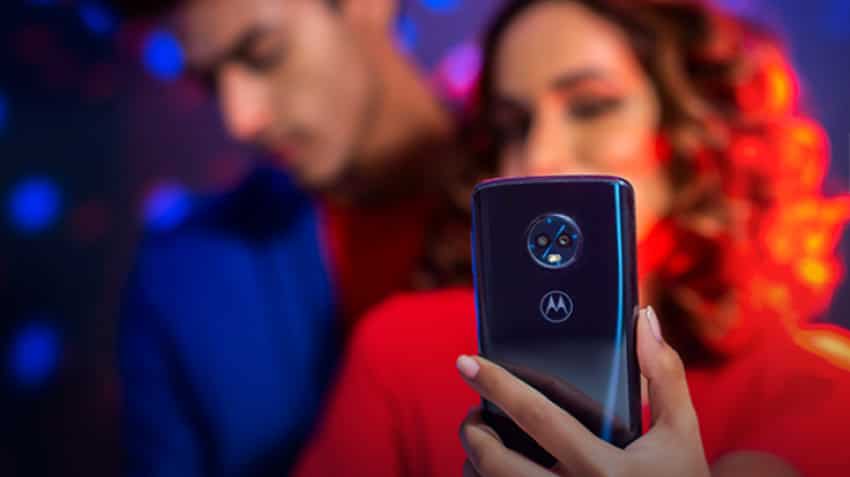 The Lenovo-owned Motorala has confirmed the launch date for its Moto G6 series on June 04, 2018. The company on its official website has announced the date, and even e-commerce giant Amazon has introduced a page with a ‘Notify Me’ option alongside the launch date. Moto G6 series may be quite different from the Moto G5 series as it may pack the 3D design, which is featured currently in Moto X4.

Amazon, in its teaser says, “Buying a good smartphone is an investment in style, speed and functionality. The Moto G6 is loaded with amazing features and makes the right choice. Stay ahead of the rest and get heads turning with the new Moto G6 which sports sleek features at a great price. Shop for the Moto G6 and avail amazing deals, discounts and offers at Amazon.in.”

#helloyou, gear up for the new #motog family. Get ready to meet the #motog6 on @amazonIN, the #motog6play on @Flipkart & both at a #MotoHub near you! Unveiling on the 4th June. Register now to be the first one to be notified about it. https://t.co/caqLq71AEK pic.twitter.com/slWgbfxfdB

As for camera, the phone is packed with 12-megapixel primary sensor and a 5-megapixel secondary sensor - these two are accompanied by dual- LED flash. The smartphone has a 16-megapixel sensor with a selfie flash in front.

Internal storage is 32GB and 64GB for 3GB and 4GB RAM, which can be expanded up to 128GB using microSD. Connectivity options like 4G LTE, Wi-Fi 802.11 a/b/g/n, Bluetooth v4.2, GPS/ A-GPS, USB Type-C, and a 3.5mm headphone jack are available. Whereas sensors like accelerometer, ambient light, gyroscope, magnetometer, proximity, and a fingerprint reader are also packed.

While we wait eagerly for the launch of Moto G6, media report of BGR has confirmed that Moto G6 Play will be officially launched in India on May 21. Reportedly, people familiar with Motorola India’s plan, the smartphone will be available exclusively on Flipkart and Amazon India.