Is your Clean Master app cheating? Alert! This is app may well have fooled you with this fraud

According to research from Kochava, an app analytics and attribution company, which shared its research with BuzzFeed, there are 8 apps with more than 2 billion downloads in Google Play that have fooled customers and earned millions of dollars. Among these apps is Clean Master! 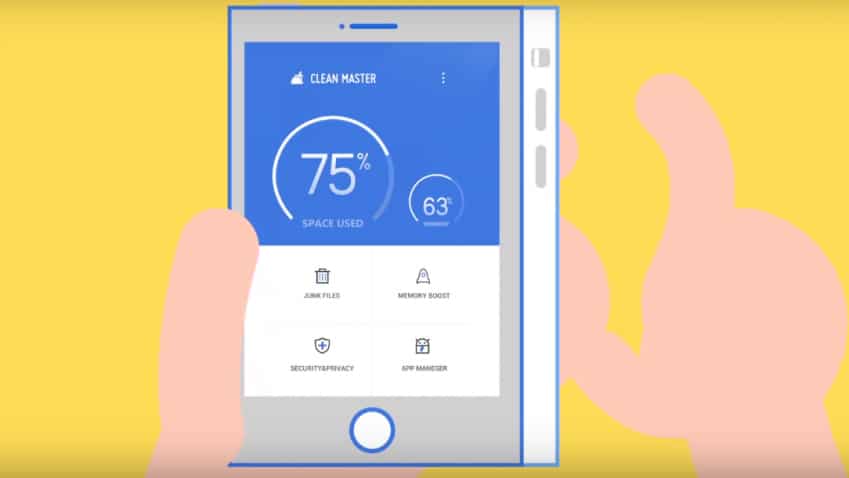 Often we come across a message on our mobile phones, which recommends that we go in for virus cleaning our gadget. In such situations, many turned to an app called Clean Master. Success of this app was great! More than a billion Clean Master apps have been installed by citizens across globe, which shows how big a favorite this app has become. Interestingly, a new report has shed some light on Clean Master, which is quite far from complimentary. According to research from Kochava, an app analytics and attribution company, which shared its research with BuzzFeed, there are 8 apps with more than 2 billion downloads in Google Play that have fooled customers and earned millions of dollars. Among these apps is Clean Master!

The report highlighted that, among the total 8 apps, about 7 belonged to a Chinese company Cheetah, which is listed on New York Stock Exchange.

If you go to Google Play, and download Clean Master app, there at the end of the description, you will find that this app is also managed by Cheetah. Any queries you post on the app in Google Play, it would be Cheetah Mobile services that answers them.

Last year, in fact, Cheetah was blamed for carrying on fraudulent practices, which, with no surprise, the company had denied.

Another shocking fact that has come to light is that, apart from this, an app that belongs to Kika Tech, a Chinese company now headquartered in Silicon Valley, received a significant investment from Cheetah in 2016.

According to the research report mentioned by BuzzFeed,  these two firms have been misusing app permissions in order to monitor new downloads and then used the data to claim credit for having caused the download.

Reportedly, the ad fraud scheme exploits the fact that several app developers pay a bounty ranging from 50 cents (roughly Rs. 35) to $3 (roughly Rs. 200) to partners that help them get more installations of their apps. Cheetah and Kika have essentially been using click flooding and click injection techniques to get app-install bounties even without playing any role in app installations.

Further the report mentions, the problem of app-install fraud is widespread. App installs are a more than $7 billion global market, according to eMarketer. AppsFlyer, an app attribution platform, analyzed 1 billion app installs over the past 12 months and found 25% were fraudulent, which means an estimated $1.7 billion was stolen in the past year.

Some of the features mentioned by Clean Master in Google Play are - Speed up your phone for better gaming experience.Cool down phone temperature. Play H5 games in Clean Master to earn cash!