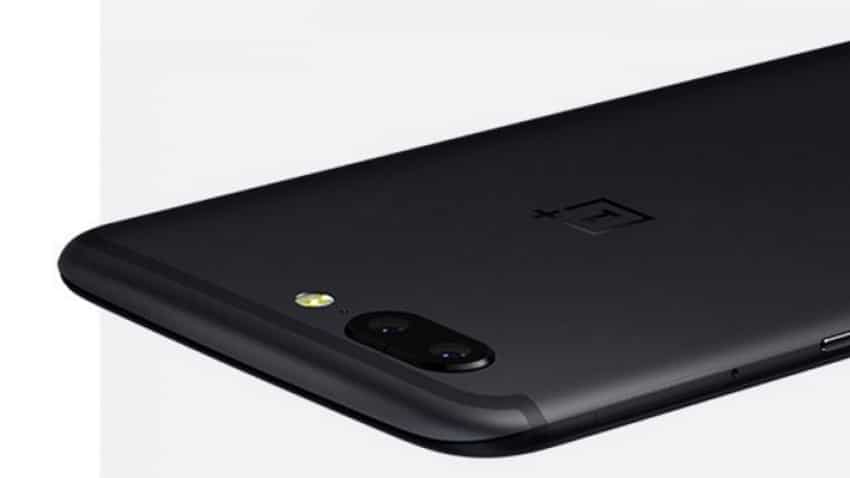 OnePlus 5 phone will be officially launched in India this week and will have dual cameras inspired from Apple's iPhone 7 Plus, BGR reported.

According to the news report, OnePlus seems to have taken inspiration from Apple’s iPhone 7 Plus, not only in terms of design and placement but also the functioning.

OnePlus will globally launch OnePlus 5 phone at 12 pm EDT (9:30 pm IST) in New York, US, on June 20, cited the NDTV report. The event will be live streamed from the company's official US website.

Are you prepared for the OnePlus 5? Focus on what matters and join our keynote live on June 22. https://t.co/i91k8PZgn6 pic.twitter.com/xjq0uKNZpl

If you wish to watch the launch event of OnePlus 5 live, you can check here-

While wide angle lens, monochrome lens are some of the tricks used by other smartphone makers, OnePlus will stick to one standard and one telephoto lens, the report said.

Coming to the specifications, both the cameras are Sony’s creation with the main camera sporting a resolution of 16-megapixel with f/1.7 aperture lens and the secondary camera comes with 20-megapixel resolution and a f/2.6 telephoto lens, it added.

The report further said that the company claims that OnePlus 5 camera is the highest resolution dual camera system on a smartphone.

OnePlus has tried to recreate the depth of field effect on the smartphone.

OnePlus has relied on the parent company, BBK Electronics’ Oppo brand to procure the necessary hardware and technology for integrating the dual-rear camera, the report said.

OnePlus 5 does not come with extremely slim bezels or curved display like some competitors and the company is relying on the camera power to help it stand out and emulate the success of previous OnePlus devices, it added.

"We were exploring dual cameras last year, but we knew the education cost would be too high. We have to thank Apple for educating the market for us,” the report said quoting Pete Lau as saying to The Verge.

“But at this point, the output is still not as good as those with [a] dual-camera module. Because the dual camera has a larger size, we found the camera bump would have been too large,” explains Liu.

According to BGR report, OnePlus 5 will be powered by Qualcomm’s Snapdragon 835 octa-core SoC.

The phone is expected to come with 6GB of RAM and 64GB onboard storage.

The online retailer has said that OnePlus 5 is inching closer to 1 million “Notify Me” subscription landmark on Amazon India.

So, if you wish to be one of the first buyers of OnePlus 5 phone in India, you can login to Amazon India website at 4:30 pm on June 22, Thursday.

ALSO READ: OnePlus 5 launch on June 22 in India confirmed; here's what to expect