iQOO 3 review: Should you spend on a 5G smartphone and is iQOO 3 capable enough to take on the Realme X50 Pro 5G, which was launched just a day before iQOO 3? Well, let’s find out in our iQOO 3 review. 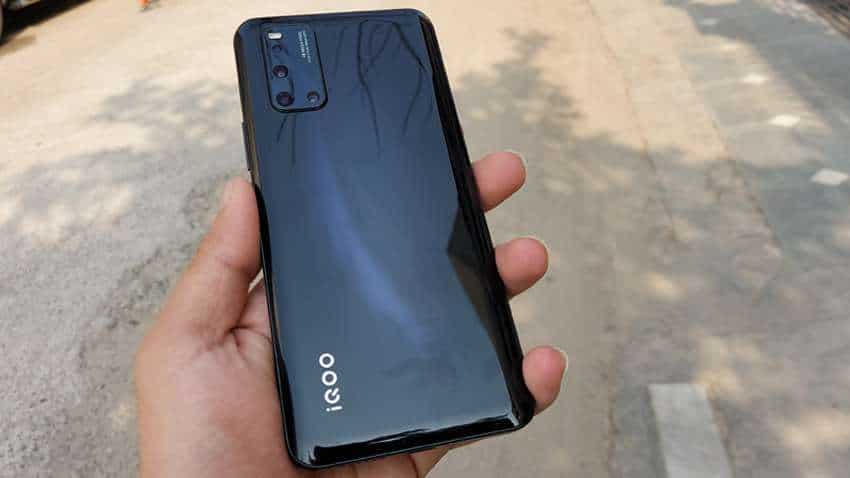 iQOO 3 review: If keeping track of all the new smartphones launching in India wasn’t becoming a task in itself, we also have newer brands entering the country now, further increasing the competition in an already flooded market. The latest to do is iQOO --pronounced as i-Koo -- a company which operates as vivo’s sub-brand in China but will work independently in India. Unlike most other brands that target the budget segment in the price sensitive market and then work their way up, iQOO aims to focus on premium segment from day 1 with the launch of its first smartphone the iQOO 3. Yeah, I know what you are thinking – where are the first two devices - iQOO 1 and iQOO 2! Well, I can only apply the great Vivian Richards theory here.

The Indian cricket team was facing West Indies when the latter boasted of a fierce bowling attack and the most skillful batsman of the time, Sunil Gavaskar, decided to bat in the middle order instead of his usual opening position, hoping to get some rest. The inning starts – Malcolm Marshall dismisses Anshuman Gaikwad off the fourth ball of the over and on the very next ball, he gets rid of of the redoubtable Dilip Vengsarkar.

As Sunny bhai walks in to bat, the game is still in the first over, the scorecard reads 0 for 2 and he now needs to survive the hat-trick ball. That’s when Viv Richards walks past him and says – ‘No matter what number you bat on, the score is still zero.’

Probably, a situation iQOO wanted to avoid. Negativity aside, the company has become a newsmaker even before it has sold even one phone in the country, courtesy its 5G smartphone!

Moving on, the iQOO 3 flaunts a strongly built body and a near-virgin processor, which has only be used on Realme X50 Pro 5G till now. The chipset allows iQOO 3 to be 5G ready and you, to be future prepared. Well, the network is unlikely to be rolled out in India at least in the next 12 months and the company is well aware of that. This is also one of the reasons why it has launched two 4G models of the smartphone as well.

The question remains - should you spend on a 5G smartphone and is iQOO 3 capable enough to take on the Realme X50 Pro 5G, which was launched just a day before iQOO 3? Well, let’s find out in our iQOO 3 review.

iQOO 3 Design: Too much protein shake

The iQOO 3 is a very strongly built device. To say that it is on steroids would be an exaggeration but you get that body with too much protein shake - the phone is bulky and thick. While the thickness ensures that you don’t drop the device and it doesn’t slip away from your palm, the iQOO 3 does feel heavy and can be tough to carry around. 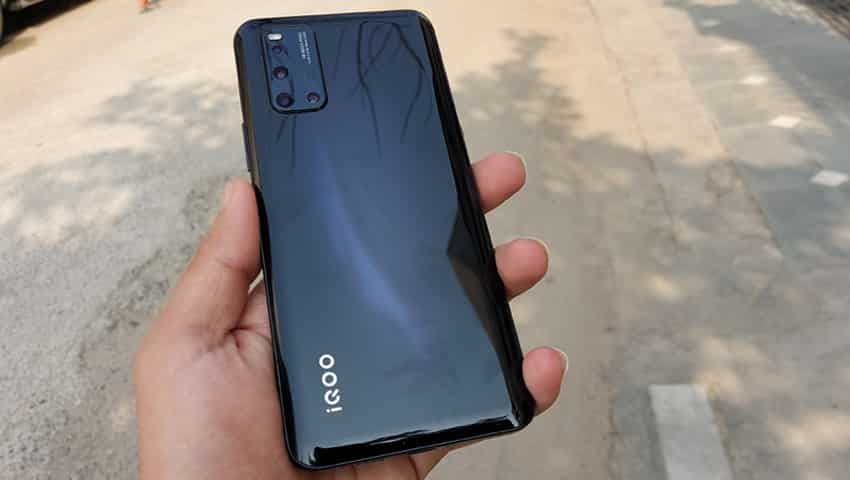 The smartphone comes with an ergonomic design and has a US-Ergo certification. For those unaware, this means that phone is built in a way that fatigue on your thumbs during long hours of gaming is reduced by about 50 per cent. So, if you are in gaming mode for about an hour on other smartphones before getting tired, you might end up extending the play time by another 30 minutes on the iQOO 3. 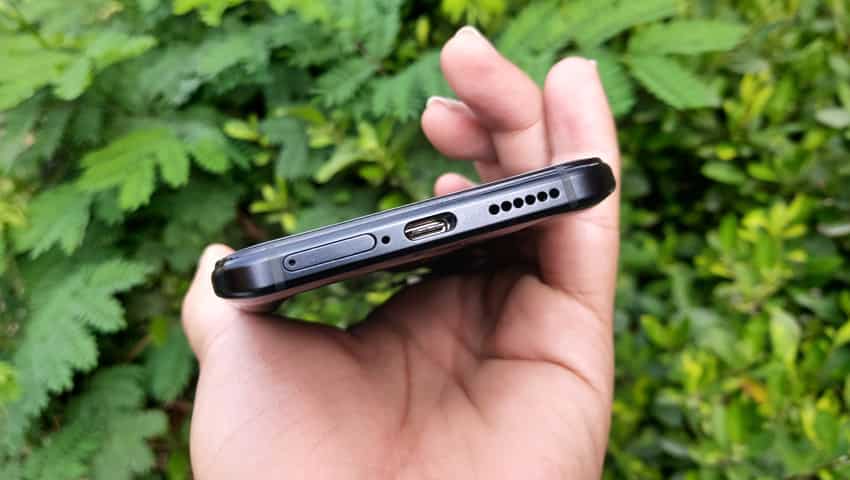 At the back panel, you get a rectangle-shaped quad camera setup with the iQOO branding at the bottom. The biggest addition in terms of design are the Monster Touch Buttons that you get on the side panel. These are very similar to the AirTriggers that you get on the Asus ROG Phone II and come handy during gaming.

The iQOO 3 has been launched in three colour options - Tornado Black, Volcano Orange and Quantum Silver. We had the Tornado Black variant for review purposes but it is the Volcano Orange model that steals the show. It is a very unique colour and is likely to be in high demand. 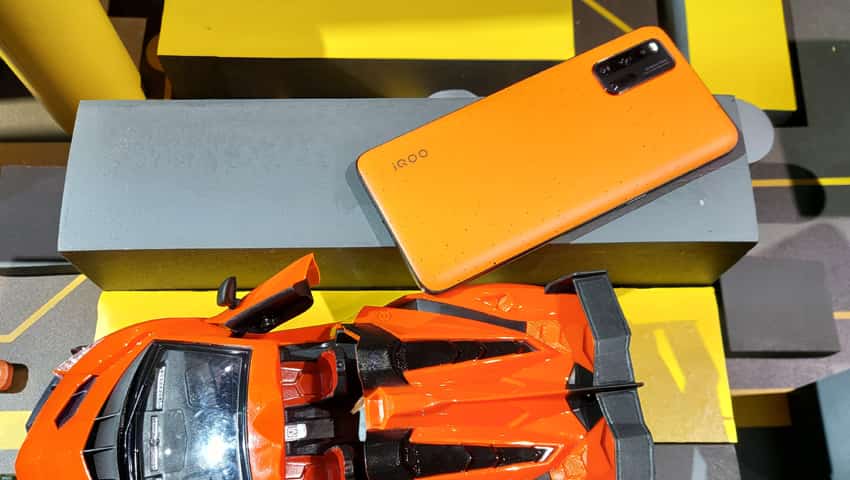 The smartphone is protected with Gorilla Glass 6 but does attract fingerprint smudges.

The smartphone features a 6.44-inch E3 Super AMOLED Display which is claimed to offer 800 nits of brightness under strong light and 1200 nits in some other cases. I have taken the phone along with me in different light conditions and the display is bright and punchy.

It has a punch hole camera on the top right corner. The front camera has been positioned smartly and hardly interferes in your viewing experience. 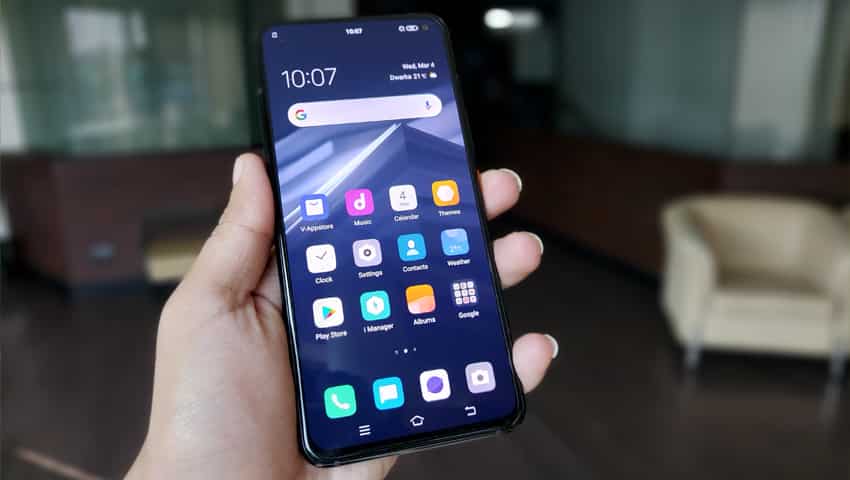 The display comes with 180HZ Super Touch Response Rate that gives an improved touch frequency. This basically means that phone responds quicker to your touches. However, I would still prefer a better screen refresh rate over the touch response as it enhances the overall experience.

The screen also comes with a HDR 10+ Certification which supports HDR high dynamic range video content playback. The certification will allow you to stream highest quality content but has become mandatory even in mid-range smartphones, so can’t be counted as a big selling point.

One of the reasons why you could spend on the iQOO 3 is that it is quite capable of delivering a strong performance. The smartphone features the most powerful chip in the market right now – Qualcomm Snapdragon 865 processor. This is supported by other strong specs. 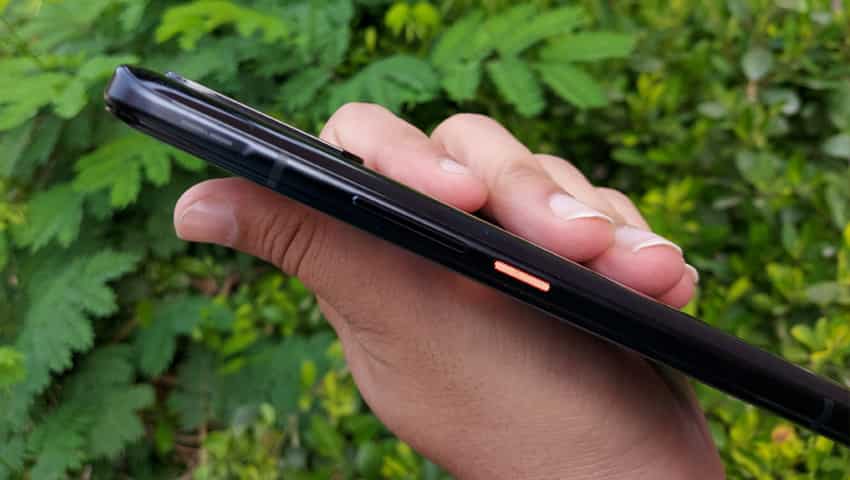 iQoo 3 is equipped by Monster Touch Buttons that use two pressure-sensitive buttons on the side frame to help users achieve quick multi-finger operations in the game. This is similar to the AirTriggers that you get on the ROG II. The iQoo smartphone also has 4D vibration which can simulate the recoil when shooting and the vibration of the steering wheel when driving, making the game experience more realistic.

We played Call of Duty: Mobile on the iQoo 3 at high graphical settings. The graphics rendered fast and the experience in the monster mode was good. We also tried Asphalt 9, PUBG: Mobile and Free Fire on the smartphone. All the games ran smoothly. 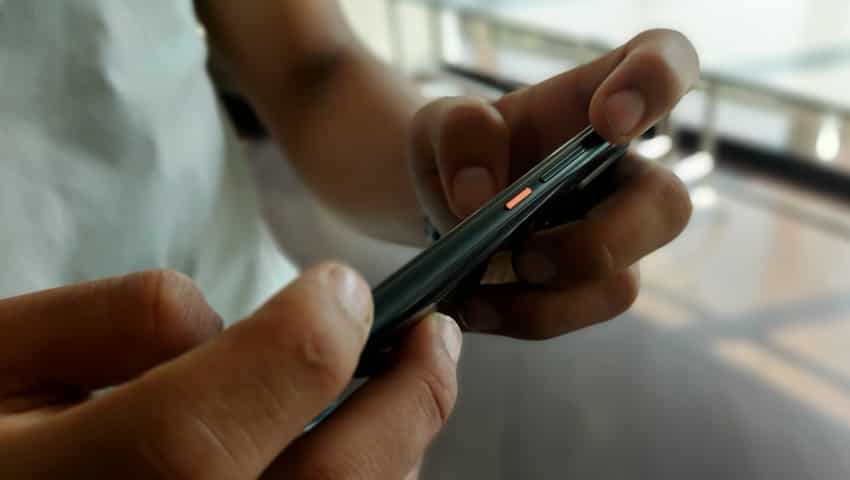 The performance of this smartphone has been so good that I believe that iQOO missed a trick while marketing the device. It paid so much attention towards 5G – a technology still not available in the country – that it ended up overshadowing the performance aspect.

One of refreshing parts of the smartphone is the all new iQoo UI. Honestly, I was expecting iQoo to use vivo’s FunTouch OS and its decision to go against it, is likely to draw praises. The UI is largely based on FunTouch and even supports the Jovi smart assistant but there are some changes that make the phone easier to operate.

The home screen and app page looks less cluttered in this new UI and the shortcut tray has been moved to the top as well. 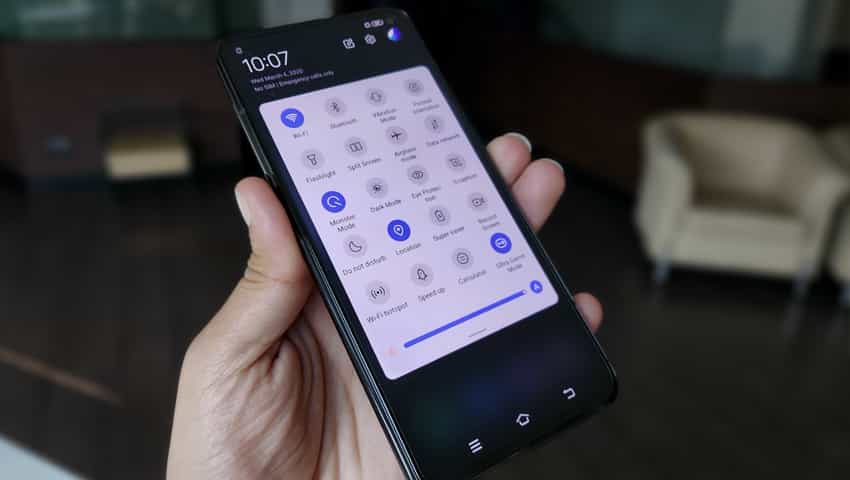 The bloatware is likely to annoy some users as the smartphone comes with several pre-installed apps which include Opera Browser, Helo and Daily Hunt, among others. 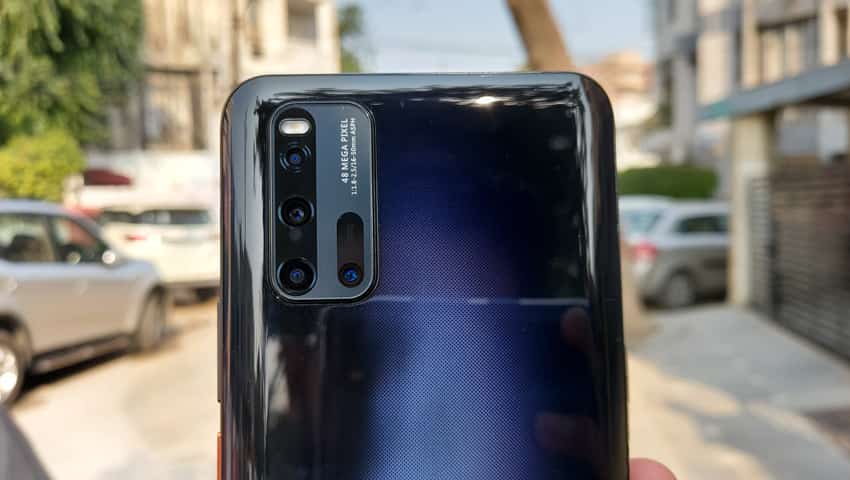 You get Super Video Stabilization on iQoo 3 which uses the EIS algorithm with the ultra-wide-angle lens.  This means that your videos emerge more stable despite minute shakes. We will further test the feature and see how effective it is. 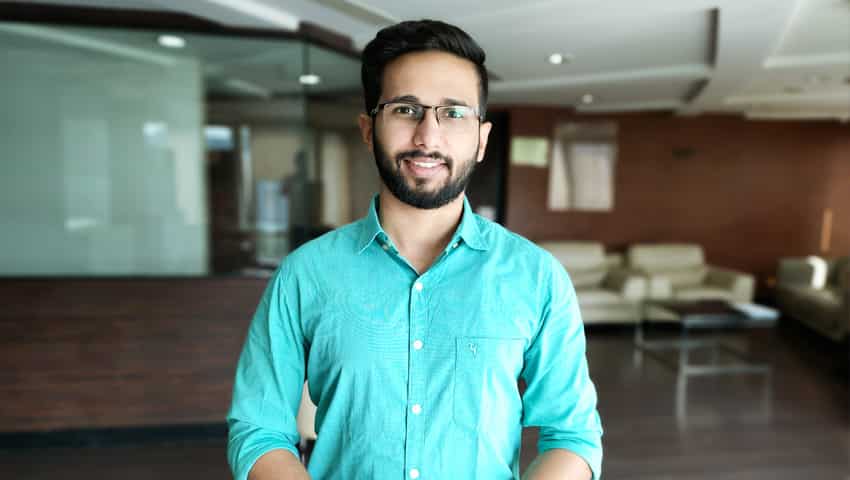 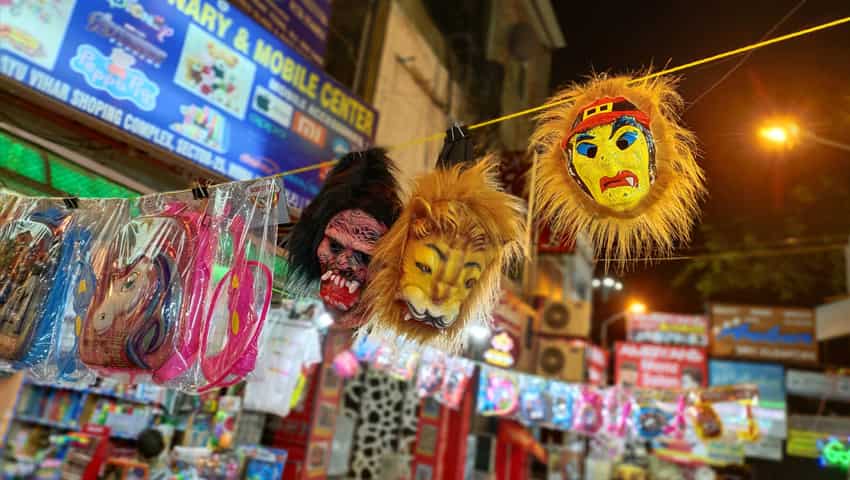 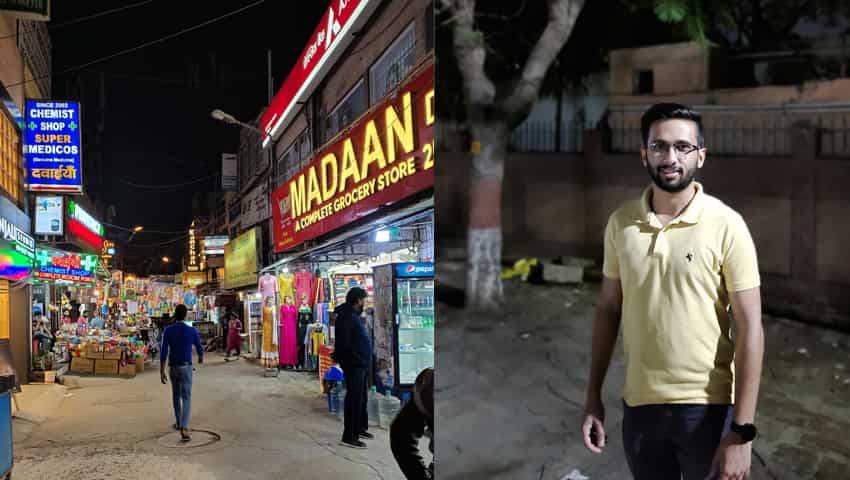 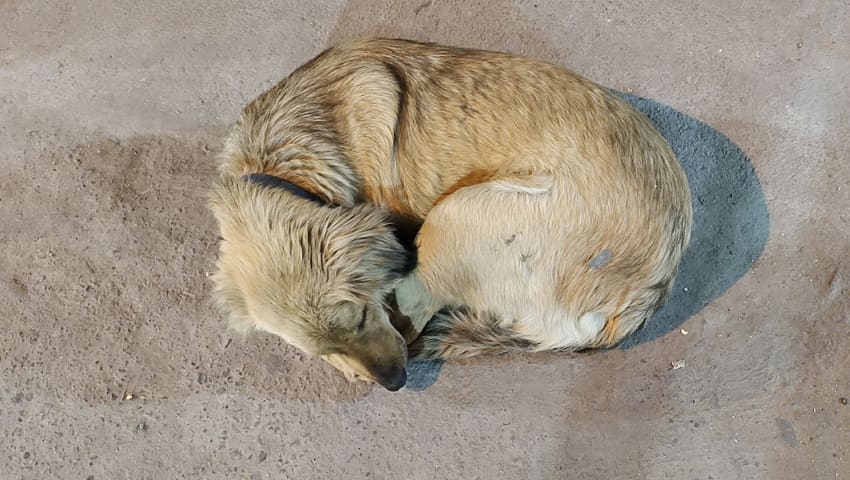 However, don’t let the number of cameras seduce you though. While you get good images in well light surroundings, the contrast appears to be on the higher side. The low light images are more grainy.

I also compared the low light shots with those clicked on the Realme X50 Pro 5G. I observed that images clicked on the iQOO 3 are more bright even at night but make the subjects look brighter than they are. The images on the X50 Pro 5G appeared more on the natural side. 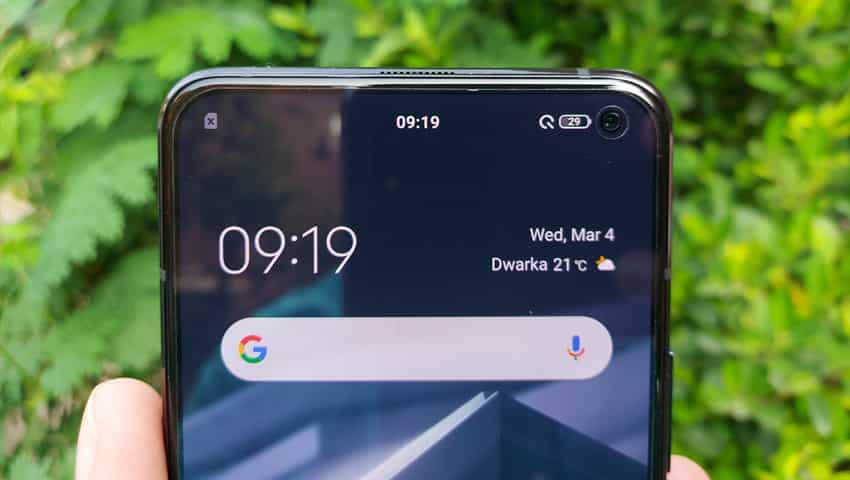 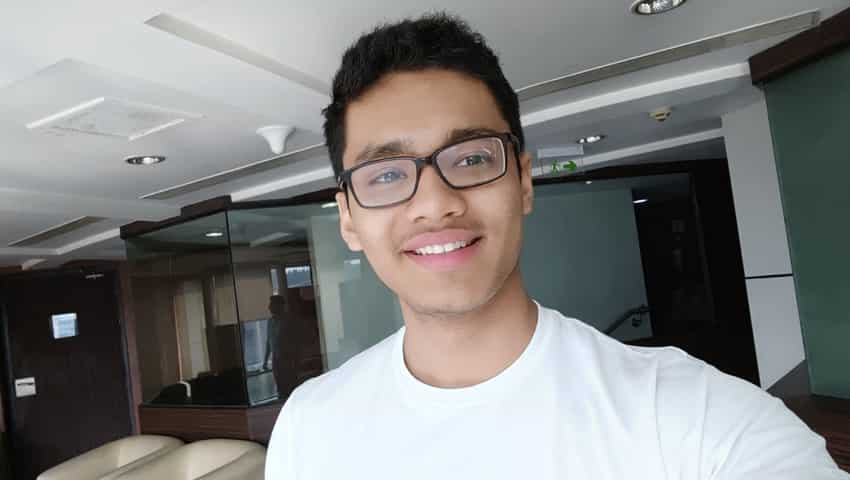 On the front, iQOO 3 features a 16-megapixel Samsung S5K3P9SP04-FGX9 sensor with f/2.4 aperture. The selfies clicked with the front camera are sharp and could be improved by adjusting the beauty mode.

The iQoo 3 packs a 4400 mAh battery. This is more than what you get on most devices in the sub-Rs 40,000 segment. Yet, it is important to understand that a more powerful chipset and display might suck a lot of juice from your smartphone. As these are the initial days for Snapdragon 865 chip, it will take a while before we understand its actual impact on battery life.

What may come to your rescue though is the 55W fast charging support. It uses iQoo FlashCharge Technology which delivers what it promises. We managed to charge the phone almost 50 per cent in about 15 minutes.

If it was a film, iQOO 3 would have been called a ''good origins'' movie. The smartphone sets up the brand well in the Indian market despite tough competition from peers. It is a smartphone that offers a powerful performance, a refreshing OS and impressive charging capabilities. The cameras require a bit of work and the weight of the phone can play an important role in the ultimate buying decisions.

Even as the company has promoted the phone for its 5G capabilities, the users need to look beyond it and focus more on the performance. That’s where you are likely to get value for money.

Overall, the iQOO 3 is a potent smartphone that delivers power-packed performance and importantly, could be a potential segment disruptor.