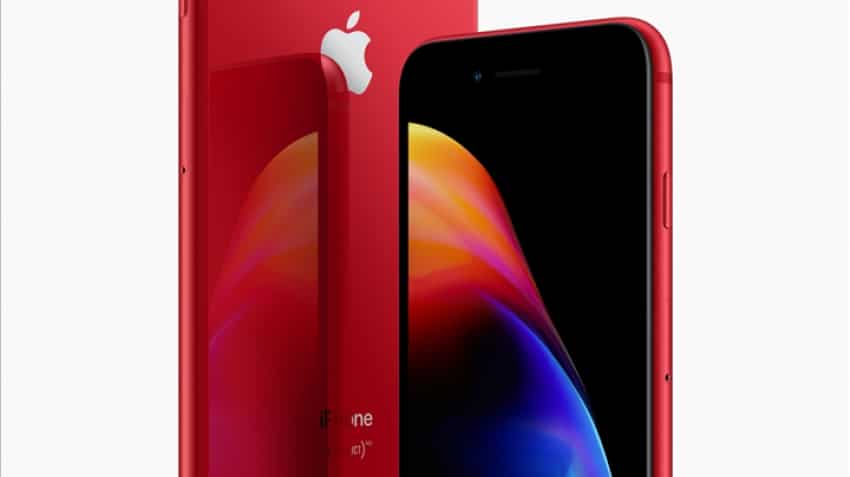 Apple on Monday announced the launch of red models of the iPhone 8 and iPhone 8 Plus, which will be available online in select countries and regions beginning tomorrow. In India, iPhone 8 and iPhone 8 Plus red variants will be available in May. Both phones are red in colour and have been launched as part of Apple's partnership with Product (RED), an advocacy group dedicated to combating HIV/AIDS in Africa. The special edition (PRODUCT) RED iPhone will be available in 64GB and 256GB models respectively - starting at Rs 67,940 -- from May at Apple authorised resellers and select carriers in India. Apple also introduced a new (PRODUCT) RED iPhone X Leather Folio for Rs 7,000.

The iPhones feature an improved 12-megapixel camera. The new camera come with with better video stabilization, 4K video up to 60fps and 1080p slo-mo up to 240fps. The Apple-designed video encoder provides real-time image and motion analysis for optimal quality video. With iOS 11, both iPhone 8 and iPhone 8 Plus support HEIF and HEVC for up to two times compression and storage for twice the photos and videos.

Siri debuts new male and female voices and can translate US English phrases into Chinese, French, German, Italian or Spanish.