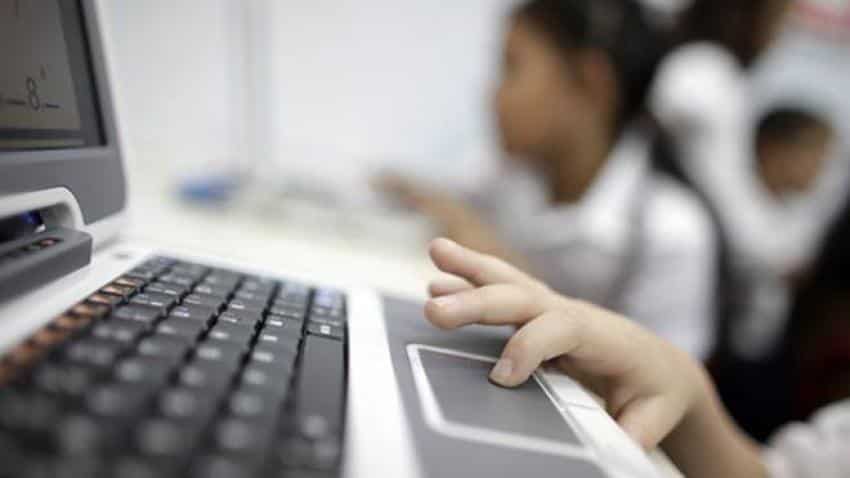 The report pegged the overall internet penetration in India at around 32% in December 2016. Image source: Reuters
Written By: ZeeBiz WebTeam
RELATED NEWS

The total number of internet users in India to reach 500 million by June 2018, a survey jointly carried out by the Internet and Mobile Association of India and Kantar IMRB estimates.

India had estimated 432 million Internet users till December 2016.  This, however, doesn’t take into account the impact of demonetisation. It put the number of internet users by June 2017 in the country at around 450-465 million. 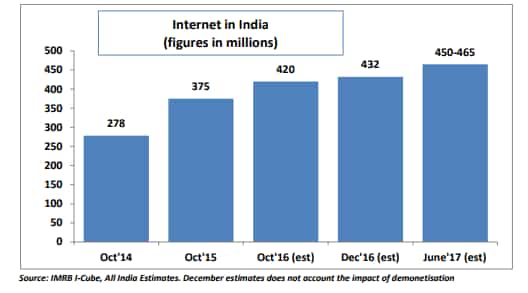 The report pegged the overall internet penetration in India at around 32% in December 2016.

The country had close to 362.87 million broadband subscribers by the end of December 2017, according to the Telecom Regulatory Authority of India (TRAI). 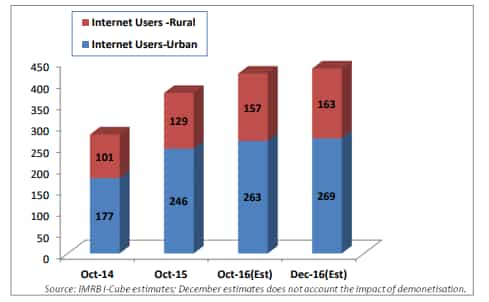 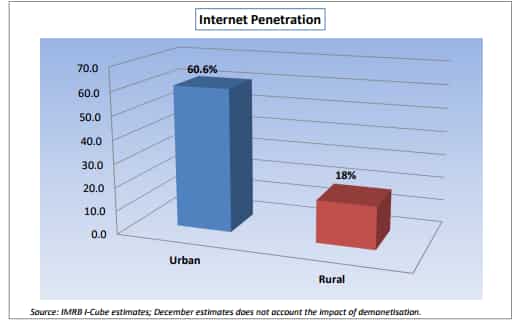 Analysis of ‘Daily Users’ reveal that both in Urban and Rural India, the younger generations are the most prolific users of internet. The gender ratio is slightly better in urban India, while both urban and rural India show almost similar ratios of working and non-working women registering as daily internet users.

While the biggest services accessed in Urban India are online communications (e-mail etc) and social networking, for Rural India, Entertainment (Video/audio content etc) is the main driver of internet consumption. E-commerce services like online ticketing or e-tailing (online shopping) are much more prevalent in Urban India, while these services clearly haven’t made much inroads in Rural India.

The heavy usage of online entertainment and lower usage of communication and social networking in rural India can be attributed to the fact that the users are not online in real-time. Rather, they have the tendency to switching their internet connection, use it and then turn it off once done.

The lack of real-time connectivity is attributed to the fact that the power is not available throughout to keep charging frequently coupled with affordability and quality of service of mobile data in these regions. 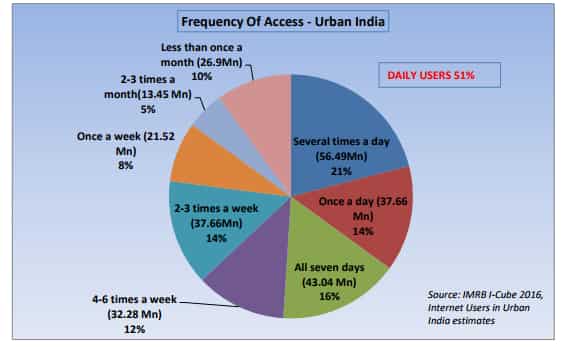 It is no surprise that mobile is the most used device for internet access, both in Urban and rural India.

In urban India, the usage of internet on Desktops/Laptops are expected to go down further with the most accessed purposes viz. Online Communication, Social Networking and Online Entertainment will be fulfilled using Mobile Phones. The Desktops / Laptops will be used mostly for Office and School work. In rural India, penetration of desktop/laptops has been historically low; and the sector has leapfrogged these devices to move into mobile, which is the medium of introduction to the internet today.
Different mobile handset manufacturers have focused on introducing low priced handsets and tablets compatible to access the Internet.

More and more companies are getting into this segment and this has resulted in competition primarily basis the retail price and features of the device.

The primary point of access for most of the urban internet users today is their home. Compared to 2013, there has been a marked shift in usage, with cybercafés losing importance as more and more users now have internet access in their homes in the form of both broadband/wi-fi connections and mobile data.