At Rs 6,999, the Infinix Hot 8 seems to be the most exciting smartphone launched by the company till date, at least on paper. But, how good is it in real? Let's find out in our Infinix Hot 8 review. 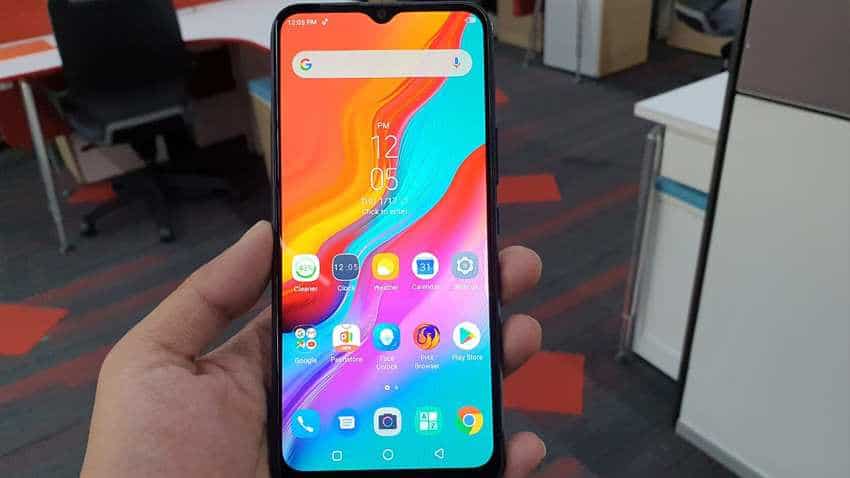 In an year where most smartphone brands have aggressively targetted the mid-range segment, Infinix has remained committed towards the budget segment, offering some decent devices priced below Rs 10,000. Earlier this month, the company launched Infinix Hot 8 - a smartphone powered by Octa-core 2.0 GHz Helio P22 Cortex-A53 processor which packs a 5000 mAh battery. The latest offering comes with a triple rear camera setup, large screen and even face unlock feature. At Rs 6,999, the Infinix Hot 8 seems to be the most exciting smartphone launched by the company till date, at least on paper. But, how good is it in real? Let's find out in our Infinix Hot 8 review.

For any budget smartphone buyer, it is important to set their expectations real. Even though the Infinix Hot 8 looks very similar to most budget smartphones, it looks more neat and elegant than some other devices in the same range like Realme 5. The phone comes in several colour options - Quetzal Cyan, Cosmic Purple, Shark Grey and Midnight Black. 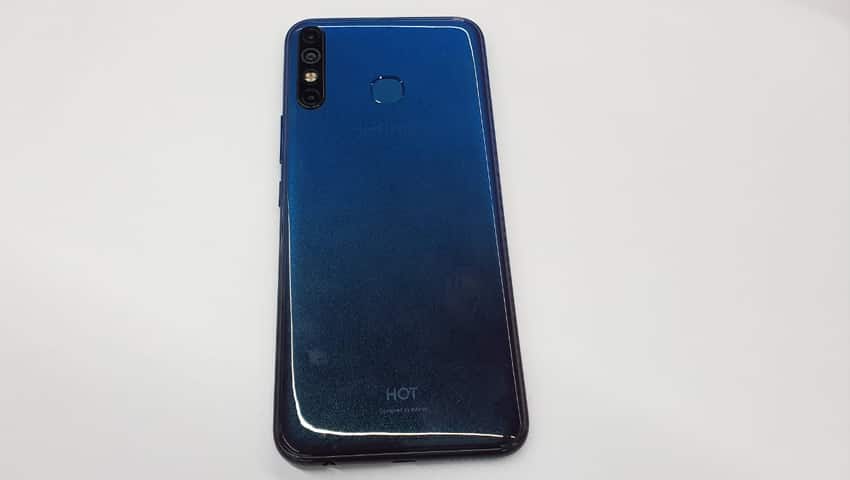 We had a Quetzal Cyan unit for review and it looks good. Despite the massive 5000 mAh battery used inside the device, the Infinix Hot 8 is relatively sleek and lightweight. The back panel has gradient colour finish with the fingerprint scanner at the centre and the triple rear camera moduled alinged vertically on the top right corner. The Infinix logo is present under the fingerprint scanner and the Hot branding is at the bottom.

On the front, Infinix has used a 6.5-inch IPS LCD capacitive touchscreen with a resolution of 720x1600 pixels with 20:9 aspect ratio. The side bezels have been kept at minimum but the Hot 8 sports a thick chin. You still get nearly 90 per cent screen-to-body ratio. The font and colours appear sharp on the screen but the brightness is slighlty less than what you would desire. 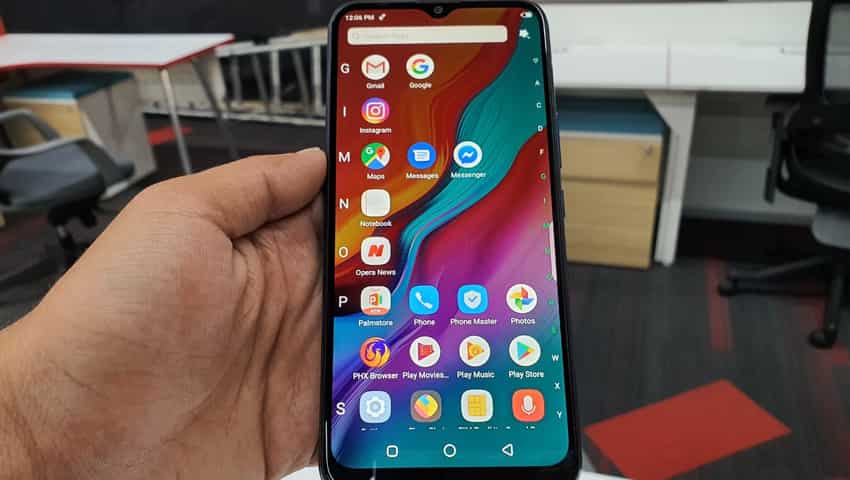 The good thing is that the smartphone doesn't feel that big in your hand. Also, it is not that slippery either.

Honestly, I don't expected a Rs 6,999 smartphone to deliver a superior gaming experience and you shouldn't either. The Infinix Hot 8 is powered by a Octa-core 2.0 GHz Helio P22 Cortex-A53 processor which handles your daily tasks with ease but is not designed for multitasking or running heavy gaming titles like PUBG: Mobile or Asphalt 9. Instead, you should use this device to play more basic games and it won't disappoint you.

The Hot 8 comes with 4GB RAM and 64GB storage which is commendable. There are not too many smartphones that offer those specs at this price point.

Infinix ships its new phone with XOS 5.0 running on top of Android 9 Pie. Just like most budget smartphones, this one also comes with several pre-installed apps that you are most likely to uninstall. A great addition to the phone is the smart panel which allows users to access apps and action shortcuts anywhere. This is a feature that you usually don't get on a budget smartphone. 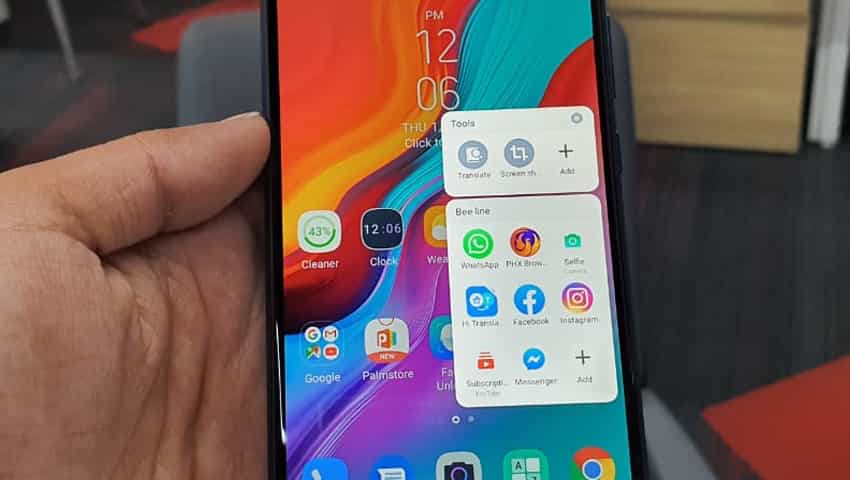 At the same time, it is great to have both Face unlock and fingerprint unlocking on a budget device.

Another good feature used by Infinix on the Hot 8 is the Intelligence voice broadcast which can read cricket scores, hot news and SMSes for you. And, while you might not expect a budget smartphone to do more than this, the Hot 8 also comes with various actions and gestures as well - tap wake, music gesture, flip mute and 3-finger screenshot.

While Realme might be offering a Octa camera setup under Rs 10,000 with the Realme 5, that smartphone is still priced Rs 3,000 more than the Hot 8 that offers three cameras at the back - 13-megapixel primary camera with f/1.8 aperture, two-megapixel depth sensor and a dedicated low-light sensor. The AI-backed cameras offer support for modes like Beauty, Bokeh, Panorama, AR Shot and more. A slight disappoint here is the absence of a Pro mode. 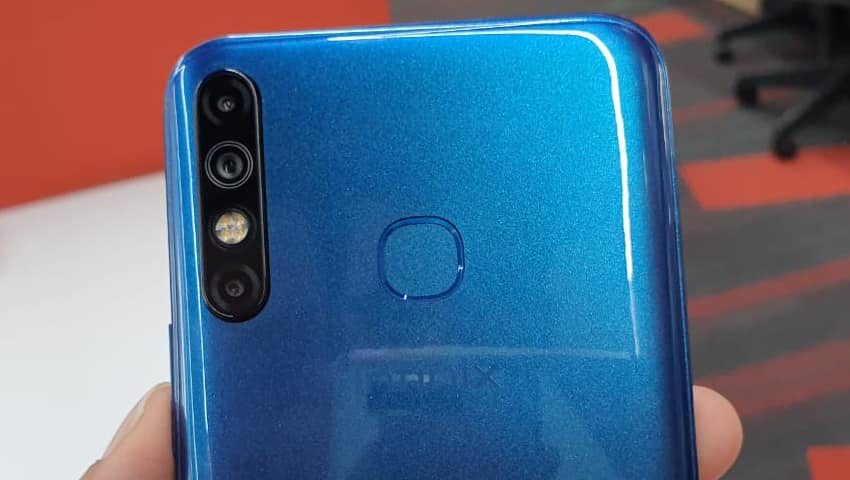 The camera clicks good pictures in daylight and as is the case with most budget devices, struggles in low light. The camera app is slightly slow to react and switch between different modes. This could be highly annoying at times. Also, you can't find much difference between the images clicked using HDR mode and non-HRD mode. You can also feel that parts of the images clicked are overexposed. 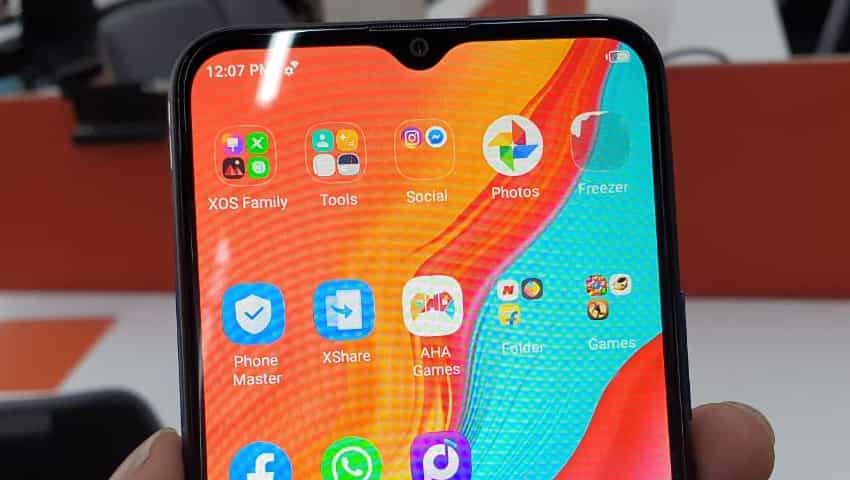 The 8MP front camera clicks decent selfies but you will be served better with the beauty mode turned off.

The powerful 5000 mAh battery has to be one of the major selling points of this smartphone. Since the device doesn't come with a heavy processor either, you can expect the battery to easily last more than a day. You also need to keep in mind that this is the only device to offer 5000 mAh battery at this price point.

On paper, the Infinix Hot 8 offers a every single feature that a budget smartphone buyer would care for - long-lasting 5,000mAh battery, triple rear camera, big 6.5-inch display for media consumption and 64GB storage. In the real world, most of these features do their job as well. Honestly, at just Rs 6,999, the Infinix Hot 8 offers more than you could ever imagine for.

These features and a highly aggressive price tag make the Hot 8 a complete steal. However, the price is only applicable till October 31 after which the phone would retail for rs 7,999.