While VR technology offers huge growth potential in India with the ever-expanding smartphone market, affordability will be key to encourage mass adoption of the VR experience 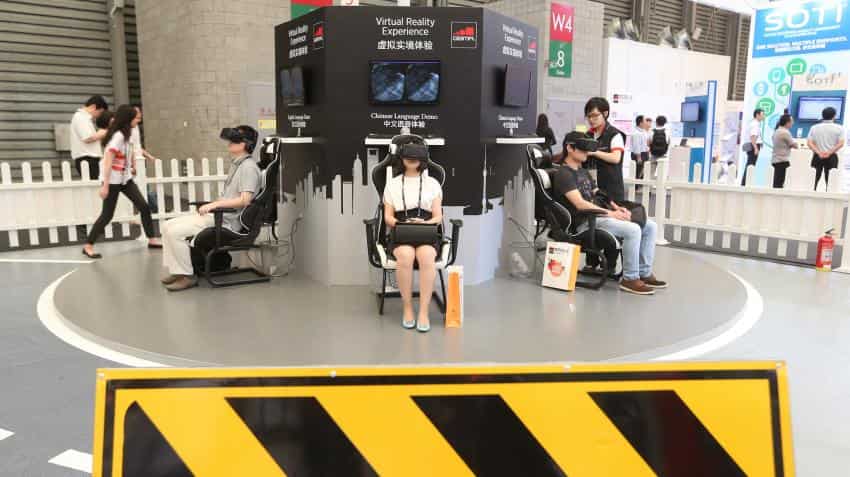 The heat is slowly picking up in the burgeoning virtual reality (VR) gaming market and Indian VR players are set to jump on the bandwagon. The $599 (approximately Rs 39,648) Oculus Rift VR device is now being shipped. The $799 (approximately Rs 52,886) high-end HTC Vive is set to hit the global market later this year and Sony's $399 (approximately Rs 26,410) fully-immersive PlayStation VR is scheduled to launch this October.

While VR technology offers huge growth potential in India with the ever-expanding smartphone market, affordability will be key to encourage mass adoption of the VR experience.

"Karbonn's VR glasses available with Karbonn Quattro L52 and Mach Six are an effort to address this challenge by bringing VR technology to consumers across economic spectrum at disruptive price-points in the under Rs 10,000 bracket," Karbonn Mobiles executive director Shashin Devsare said.

According to a recent report, the global VR market is expected to touch an estimated $120 billion (approximately Rs 79,833 crore) by 2020.

"With low-cost VR devices, at least people will know what VR is. They will be able to experience the immersive VR because Indian devices will prove more cost-effective," Vishal Tripathi, research director at global market consultancy firm Gartner said.

For Tripatrhi, a VR device in the Rs 7,000-8,000 range will prove a real gateway for Indian consumers. "The low-cost VR devices can easily reach the large youth population. Had these affordable device not been launched, the Indian masses would not have started experiencing VR," Tripathi added.

There is a catch, though. While Oculus Rift and HTC Vive offer better technology and experience, low-cost VR devices will have to come up with improvised versions as global players will soon hit the Indian market aggressively - with freebies, attractive offers, discounts, EMI options and what have you.

"If the Indian players later start using a better VR technology then they will be able to create a real 'rift'. In India, VR adoption is in an initial stage and the country has a huge geographical and economical divide. Not everyone is looking to buy a Rs 20,000 VR device," Tripathi said.

When we look at Rift, it comes packed with at least 30 VR games, thousands of Facebook 360 videos, film shorts and much more. It has a "Jaunt VR" that features hundreds of cinematic stories. You will also be able to step into "Henry" and "Lost" - the first two real-time animated films from the Oculus Story Studio and free for a limited period on the Oculus Store.

With Oculus 360 Photos, you can explore over 200,000 incredible destinations. The VR device also has Oculus Remote - a new input device for non-gamers to help them navigate VR experiences and learn faster.

"Stand on a ledge in a 'Rift' and you will instantly understand why VR is fundamentally different. You will, in fact, feel like you're on the edge of a thousand-foot drop - and, if you`re like me, you`ll instantly take a reflexive step back. There`s no interpretation or reconstruction involved in VR; the experience is as visceral and direct as the real world," wrote Michael Abrash, chief scientist at Oculus, as the company began shipping the device in the first week of April.

The Facebook-owned Oculus expects to ship 600,000 units of the VR headset by the end of the year.

The high-end HTC Vive - with a built-in phone, front-facing camera and room sensors - may become the most immersive VR experience later this year. With Vive, users can move around their homes as they play the game and paint in 3D space with Google`s "Tilt Brush" feature.

According to Andrew House, chief executive at Sony Computer Entertainment, "virtual reality represents a new frontier for gaming, one that will forever change the way users interact with games".

Sony`s VR headsets are designed to plug into PlayStation 4 (PS4) consoles. More than 230 developers are reportedly working on games for PlayStation VR.

The competition that is coming for the Indian VR makers is immense. But they appear ready and create a niche space when VR becomes real in India.

"We are optimistic about the consumer response and are confident that Karbonn`s range of VR smartphones will be a key factor in bringing the benefits of VR technology to the masses," Devsare said.

Both the Karbonn devices currently have two games - "Lamper VR First Flight" and "Deep Space VR" - and come with a pre-embedded apps with which users can create their own VR videos.

Devsare promises to invest more in better VR technology and gaming experience for Karbonn VR users in the near future.

In Abrash's words, "Welcome to the Virtual Age."