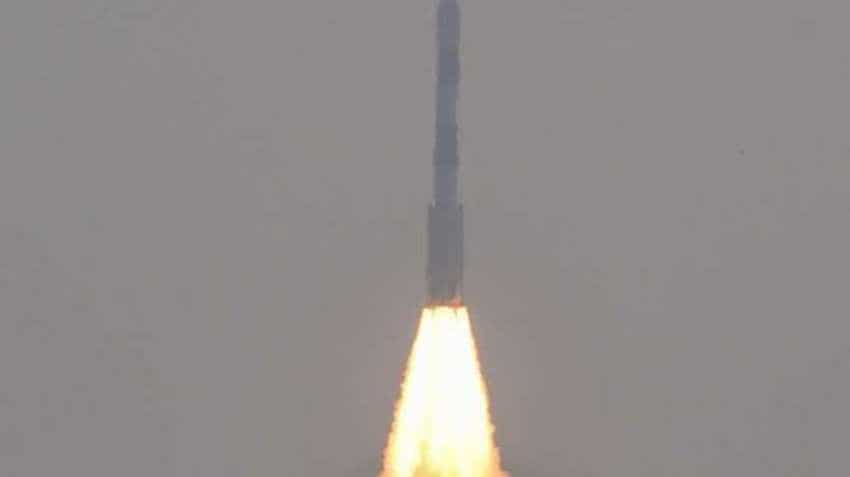 The images captured by the satellite will also be used for surveillance purposes while ISRO is silent on this aspect. "I am extremely happy to announce that PSLV-C46 has successfully injected RISAT-2B in precise orbit," K.Sivan, ISRO Chairman said post launch. He said with this mission, the PSLV rocket has crossed a landmark of lofting of 50 ton till now since it started flying.

According to Sivan, the PSLV satellite has put into orbit 350 satellites. Sivan said: "The rocket had a piggy back payload, the indigenously developed Vikram computer chip that will be used in the future rockets." According to Sivan, the major mission will be the Chandrayaan-2 or the second moon mission which is expected to happen in July 9-16 this year.

Following that there will be the launch of a high resolution Cartography satellite and also the flying of ISRO`s new rocket called Small Satellite Launch Vehicle. (SSLV).  At 5.30 a.m. the PSLV rocket standing around 44.4 metres tall and weighing about 190 ton with a one-way ticket hurtled itself towards the skies ferrying the 615 kg RISAT-2B.

With the fierce orange flame at its tail lighting up the morning skies, the rocket slowly gathered speed and went up and up enthralling the people at the rocket port while the rocket`s engine noise like a rolling thunder adding to the thrill. About 15 minutes into the flight the rocket ejected RISAT-2B into about 555-km orbit.

There is increased demand for satellites from strategic sectors. About six/seven satellites are planned to be built," a senior official told IANS, preferring anonymity earlier. The PSLV is a four-stage engine expendable rocket with alternating solid and liquid fuel. In its normal configuration, the rocket will have six strap-on motors hugging it`s first stage.

But the 44.4 metre tall PSLV rocket that lifted off on Wednesday with RISAT-2B was the `core alone` variant - without the strap-on motors. The Indian space agency has PSLV variants with two and four strap-on motors and larger PSLV-XL. The choice of the rocket to be used for a mission depends on the weight of the satellite and the orbit where the satellite has to be orbited.

The ISRO will also be launching another radar imaging satellite RISAT-2BR1 and two more defence satellites sometime in July or August with its new rocket Small Satellite Launch Vehicle (SSLV).