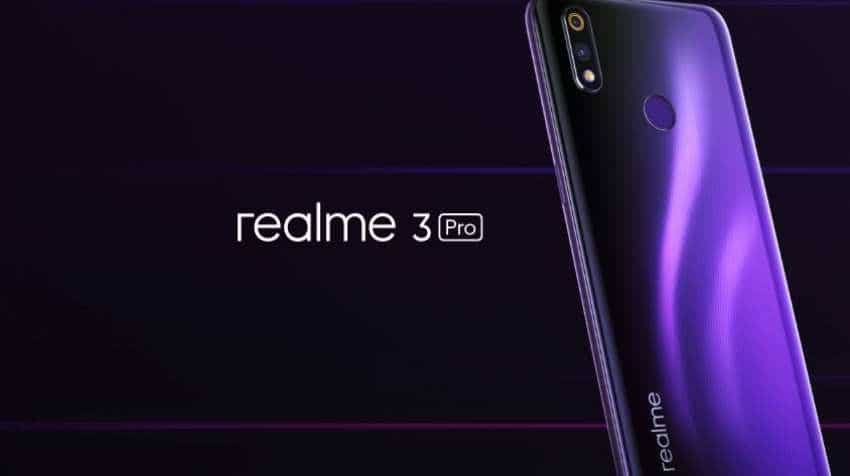 Realme 3 Pro will get new apps system which was recently added to other Realme smart phones with the Color OS 6 update. Image source: www.realme.com

The China based smartphone giant, Realme updated the software in its Realme Pro 3 smartphone.

In addition, the company is adding swipe gestures from both sides as part of this revamped navigation mode, news portal GSM Arena reported late on Thursday. This new feature comes with the latest June 2019 security patch, which requires 320 MB download.

Also, the Realme 3 Pro will get new apps system which was recently added to other Realme smart phones with the Color OS 6 update.

The Realme 3 Pro is powered by the Snapdragon 710 AIE processor with 4045 mAh AI battery, which can lasts up to 9.7 hours of 1080 P video playback. It also has a 3.5 mm headphone jack and uses a Micro-USB port for charging, which charge up your 50 per cent battery in 30 minutes.

The 6.3 inches display screen which is protected by Gorilla Glass 5, features 16 MP and 5 MP rear camera with Sony IMX519 while on front it features 25 MP AI selfie camera.