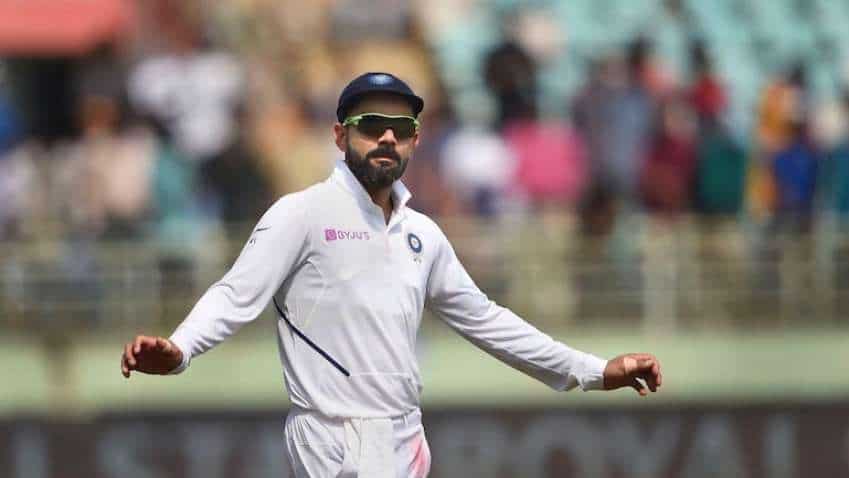 The change in WTC rules is prompted by the disruption caused by the COVID-19 pandemic. Source - PTI.
Written By: ZeeBiz WebTeam
Edited By: Harish Dugh
RELATED NEWS

ICC Test Championship: The International Cricket Council (ICC) on Thursday made changes to the ICC Test Championship rules which comes as a bad news for Virat Kohli-led side. The governing body said that teams will be ranked based on the percentage of points earned from completed matches to determine the finalists of the inaugural World Test Championship (WTC) next year.

The change in WTC rules is prompted by the disruption caused by the COVID-19 pandemic. It allows Australia (82.22%) to leapfrog India (75) to the top of the standings even though Virat Kohli’s men had accumulated more points. England (60.83) are third, followed by New Zealand (50).

ICC chief executive Manu Sawhney said ranking teams based on points earned from completed matches reflected their performance and "doesn’t disadvantage teams that have been unable to compete all of their matches through no fault of their own".

"We explored a whole range of options, but our members felt strongly that we should proceed as planned with the first ever World Test Championship Final in June next year," Sawhney said.

Meanwhile, ICC has also decided to shift the women’s Twenty20 World Cup, originally scheduled for 2022 in South Africa, to 2023.

"Moving the ICC Women’s T20 World Cup to 2023 makes perfect sense on a number of levels. Firstly, it will provide a better workload balance for players giving them the best possible opportunity to perform to the highest levels on a global stage. Secondly, we can continue to build the momentum around the women’s game through 2022 and into 2023. We are committed to fueling the growth of the women’s game and today’s decision enables us to do that over the longer term,” Sawhney said.