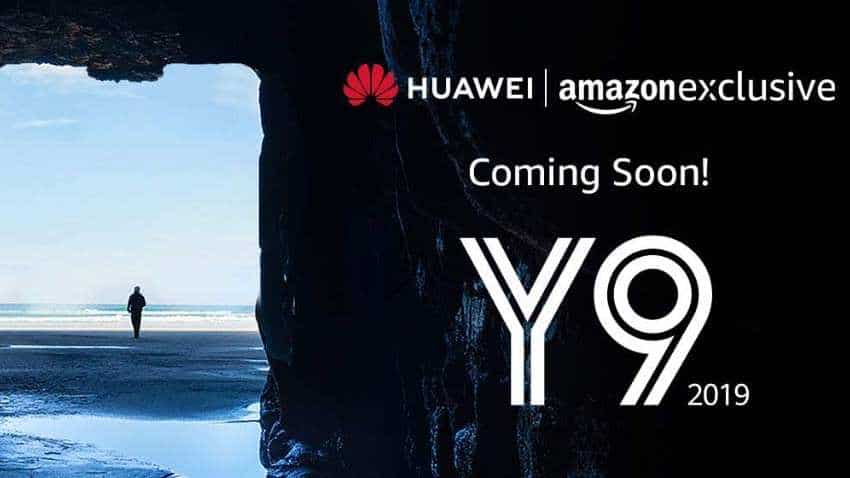 Chinese multinational conglomerate, Huawei is set to launch its latest smartphone Huawei Y9 (2019) at an event in New Delhi on January 7. The device had made its debut in China in October but the company had not revealed any details about pricing. In India, the smartphone will be launched as an Amazon exclusive, as suggested by the teaser page on the e-commerce website. The smartphone comes with a 6.5-inch notched display, dual front and back cameras, GPU Turbo, Fingerprint 4.0 identification technology, Kirin 710 processor.

The manufacturer is yet to announce the final price of the smartphone but Huawei Y9 (2019) is expected to be priced under Rs 20,000. It will compete against Xiaomi's Poco F1 and other Redmi devices which fall in the same price range.

The smartphone comes with a 6.5-inch FullView 3D curved display with a resolution of 2340×1080 pixels. It is powered by Kirin 710 processor paired with an ARM Mali G51 MP4 GPU which is aided by GPU Turbo technology, that will help deliver better graphics performance.

The device will be available in two variants - 3GB RAM and 4GB of RAM paired with 64GB of internal storage. Huawei Y9 runs on Google’s Android 8.1 Oreo operating system with the company’s own EMUI 8.2 skin on top. It has a 4,000mAh non-removable battery.