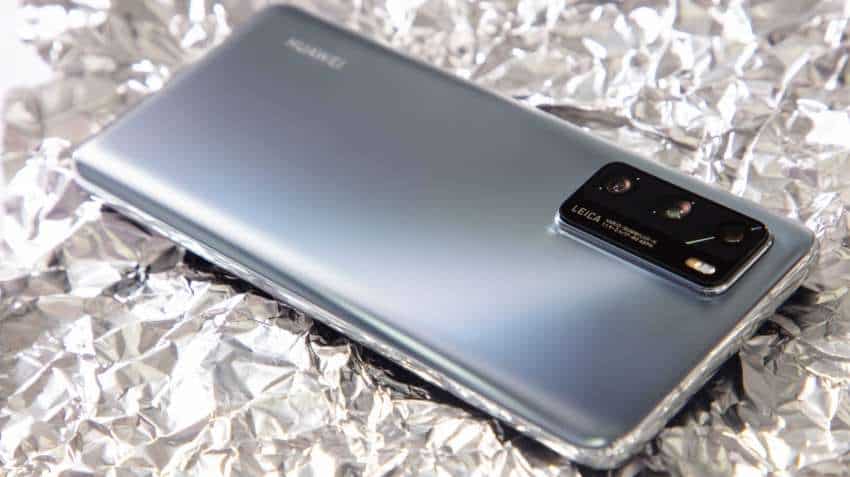 The smartphones are powered by Huawei’s own Kirin 990 5G chipset.
Written By: ZeeBiz WebTeam
Edited By: Harish Dugh
RELATED NEWS

The Huawei P40 5G has a 6.1-inch OLED panel with a 60Hz refresh rate. It  is powered by the octa-core Kirin 990 5G chipset and has three cameras at the back. The primary is a 50-megapixel camera with f/1.9 aperture, a 16-megapixel ultra-wide-angle shooter with f/2.2 aperture, and an 8-megapixel telephoto f/2.4 lens.

On the front, there is a 32-megapixel selfie shooter with f/2.0 aperture as well as an infrared sensor. The cameras are housed in a pill-shaped hole-punch design. The phone comes with a 3,800mAh battery and SuperCharge 22.5W fast charging support

The Huawei P40 Pro 5G has a larger 6.58-inch OLED panel with a 90Hz display refresh rate. The phone is also powered by the same octa-core Kirin 990 5G chipset and has four cameras at the back. The primary being a 50-megapixel camera with f/1.9 aperture and OIS, a 40-megapixel ultra-wide-angle shooter with f/1.8 aperture, a 12-megapixel telephoto lens with SuperSensing, and a 3D depth sensing camera.